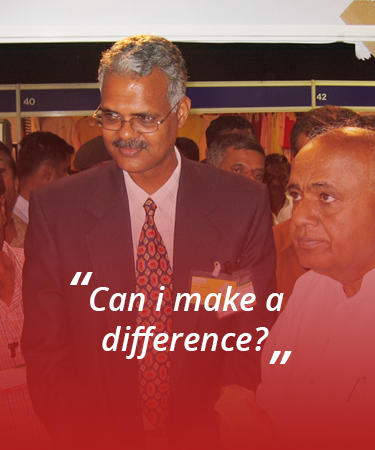 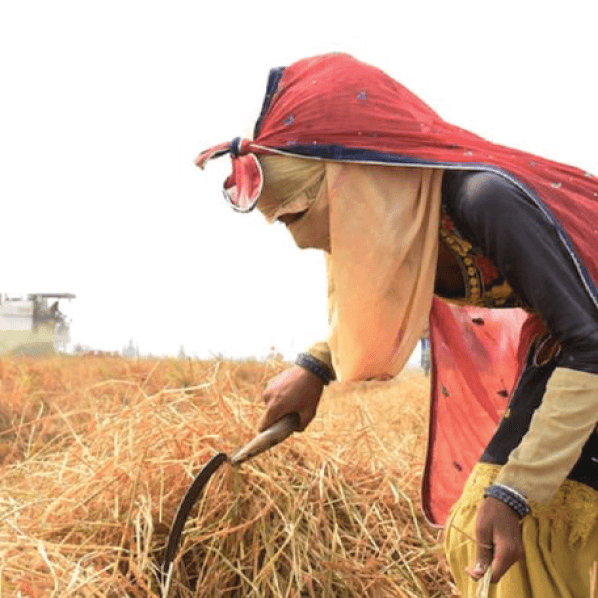 A decade and more later, our intent to transform the food habits of India and Indians to healthier and organic options remains steadfast. We at Sresta began with a unified, overarching purpose to change lives and do our bit for the country’s march towards a healthy future. We are passionate about organic foods. We want you and your family to have better, chemical and pesticide-free options. We want farmers to have a sustainable living. We want a better planet. We in fact, want you to live an organic life.

Founded in 2004, Sresta is a pioneer in organic foods. Small and determined, we set about the task with optimism. Determined to offer a better choice to India and Indians, working against all odds, today we stand as a leader in the organic foods category. And perhaps the loudest voice in the movement towards an organic life. We have worked out to perfection on all the relevant yet diverse aspects of bringing organic foods to your kitchen. From the land, the right farming practices, the right storage to the right and minimal processing. We pay attention to every detail. Over the decade, apart from the scale of operation nothing has changed. Our commitment to all things organic, our integrity of purpose and our organic purity remain enviable. Today, we are India’s largest organic foods brand and work with 45,000 farmers in 15 states on 2,25,000 acres to make a positive difference to their lives. The purity, health and taste of our products subscribe to US, EU and India standards. We welcome you to our world of organic living.

Step back to 1992, a time when our founder, Raj Seelam was working in an agricultural products company. While observing the profuse use of pesticides and fertilizers, he felt that this was not the reality he would like to be part of. On one hand was the alarming use and spread of chemical usage on farms, while on the other was rural indebtedness because of the high investments farmers were making in fertilizers and pesticides, leading to farmer suicides. This triggered in him a new thought process.

Can I make a difference? Can I grow food which is free of chemicals and pesticides?

And so Raj Seelam, hailing from an agricultural and farming family set about asking the relevant questions related to soil, cultivation, farming practices, storage and processing. Alongside him were a group of inspired colleagues who lent the Sresta Foods journey passion and commitment.

Together, they were inspired to name the products 24 Mantra. Delving into the ancient Upanishads of India and sourcing from the Rig Veda they drew upon the primary elements of nature. Tvam Bhumir Apo Analo Anilo Nabha- You alone are Earth, Water, Fire, Air & Ether is the blend of all basic elements that compose wholesome food. And what better way to wholesome food than organic food. Small yet sure steps led to the discovery of stark realities. The fledgling team were confronted with the economics of scale, several naysayers and a nascent market. The going thus had its share of challenges. Right from day one, the focus was to create a wide range of products, because the belief was, if consumers wanted to switch over to organic, the offering had to be total. Product range and product mix issues were followed by the attention on making the products consistently available and the well argued convincing of potential customers, that organic foods are higher priced because of various investments in organic methods. Workshops, early evangelism and contract farming gave way to a much more organized approach to farming with all the methods and processes in place. Availability and distribution issues were addressed and concurrently, all the touch points which continuously build trust and credibility were addressed. For some time now, we at Sresta have mastered the art of paying attention to detail – from the seed to kitchen.

Today, we have our 24 Mantra organic food brand available across India and abroad in 1500+ outlets and our own stores. Under our sustainable farming initiative, we have 45,000 farmers working in 30 plus projects over an area of 2,25,000 acres. For every 100 farmers we have a Sresta Associate, partnering in the farmers progress and knowledge enhancement. Sresta and the farmer, our story continues to evolve into the mutual strengthening of culture, traditional methods and more.

A decade later, our Founder Raj Seelam and Sresta Foods with 24 Mantra in their tow continue to grow, spreading the passion and joy of living an organic life. In India, and with measured steps into the world outside of it.

Going organic and growing organic are not easy steps. They demand diligence, patience and an attention to every possible detail. We have all these qualities and drive the organic mantra more out of our love and passion for making your life organic. In fact, our philosophy addresses the overarching benefit of sustainability. We view organic as an effort and an endeavor to create sustainable livelihood for farmers, a sustainable lifestyle for consumers and a sustainable earth, which is constantly reinvigorated and enriched with organic farming. At the end of it all, we believe our love and passion for all things organic should result in you enjoying the food and creating for yourself better health. Because, we know and our forefathers knew that pure food is a proven curative.

For a farm to become organic it requires 3 to 4 years. One needs to literally purify it and stop chemical and fertilizer contamination. An initial curing process is what we initiate. Preceding this step is the choice of the farmer. Here we follow a simple sense and respondphilosophy. Our teams check out the farmers knowledge, attitude and more importantly whether he has an understanding that sustainable living for him and a better planet for mankind are equally important objectives.

Then comes the choice of the right soil – finding that particular soil well suited for a particular crop. How do we do it? We check the soil quality, cropping pattern, prevalent crop rotation and the nutrient levels in the soil determines the matching of the soil to the crop. While doing this we ensure the region has suitable weather and temperature conditions. Right land, right soil, right farmer and the right crop. That done, the next steps, are the right seeds – no genetically modified organisms (GMOs) followed by the right farming and cultivation practices. Natural solutions to control pests, locally nurtured wisdom and an organic connect with the land, crop and nature are all the Sresta dynamics and efforts at details. Storage is done through environment control and effective storage techniques are a result of home-grown wisdom, usage of local resources and proven learnings accumulated over a period of time. Preserving the crops is a chemical free exercise. Then comes minimal processing to preserve the nutritional values, taste, flavor and ensuring a product 100% safe to consume. Now all this means not just a straight-line effort. At every step of the way, organic as an attribute and quintessential quality is a challenging goal to achieve. Over the years, we have perfected this philosophy and way. Our mission is to stay with the process from the seed to the kitchen.

Having said this and shared with you our organic way, we are committed to our farmer friends. In creating a land that will help them grow pure food, in providing a window to deploy their timeless farming wisdom and more importantly, help create a sustainable livelihood for them. Support, integrity in transactions and the absence of middlemen go hand in hand with our sustained efforts at protecting them from market fluctuations. They grow the purest food and we give it our best to deliver better returns to them. On one end of our journey is the farmer and at the other is you the consumer.

Organic as a journey, thus is a many faceted one. In this journey we are all there in a satisfying give and take arrangement. It is our mission therefore to sustain this organic journey.

A commitment to make it a win- win for the farmer, consumer and the environment. Passion, Patience & Perseverance make a difference

Making a difference to Indias farmers is of paramount importance to us. It is in the genesis of our journey that we decided to make a difference to the lives of farmers. Sustain them, grow them and co-opt them into the reawakening of the age – old and proven practices of cultivation, farming, harvesting and storage. The fundamental driver though, being the need to deliver sustainable living to them.

How do we do that? How do we bring the farmer into a beneficial circle of life?

Sresta understands India’s farmers. The farmers today invest on an average 50-60% of their earnings into pesticides and fertilizers. Rural indebtedness, market fluctuations coupled with an unpredictable weather. What we have is a troubled small farmer, many of them driven to commit suicides. Sresta believes that grouping farmers together, bound by a passion to go organic will alleviate their economic situation, leverage their timeless wisdom and certainly deliver better returns.

Purchase of produce by Sresta at a profitable price. This means that the farmer is assured of a return independent of cyclical ups and downs. In addition, Sresta works alongside with farmers- helping them augment their knowledge and processes. It is this culture of helpfulness and empathy, which we have christened in our mission as the strengthening of the circle of life.

Needless to say, there are two other points in the circle of life -you and the planet. You eat healthier, pesticide and chemical – free food and the planet gains from better use of water, land and rotation of crops.

The circle of life is a culture imperative, which goes beyond commerce. We are there with India every step of the way.