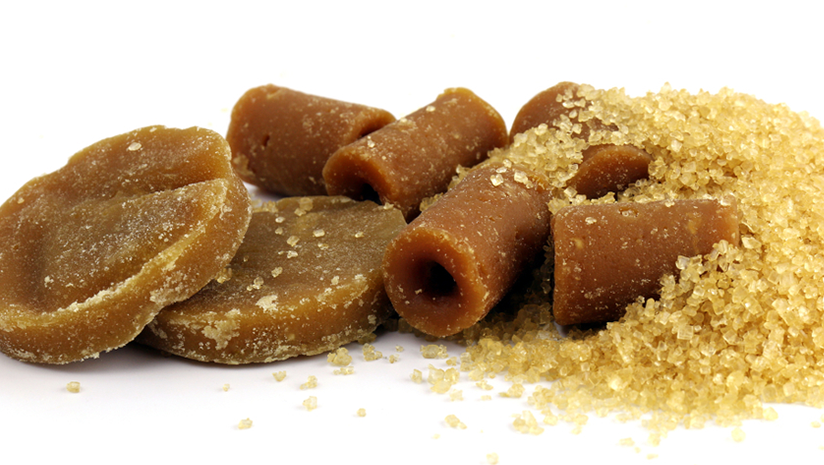 Jaggery, also known as “gur” or non-centrifugal sugar, is a type of unrefined sugar. It is available in different names across Asia, of which much of the world’s jaggery production takes place in India. Jaggery is commonly made from sugarcane, the process which makes it turn golden brown in colour and cubes, involves extraction, clarification, and concentration. The traditional methods of pressing and distilling palm are still being used and here’s the detailed process about it.

Note: the colour of the jaggery might vary from light to dark brown depending on the quality of the sugarcane and the juice it produces.

Unlike sugar which is processed several times to form tiny crystals, the organic jaggery production process makes it rich without losing the vital nutrients and substances present in the juice. Also, the processed jaggery is graded in the market based on its colour, taste, crystallinity, and hardness, which can be judged by its visual appearance. It makes for a healthy option to include in your daily diet instead of sugar.

What Is The Relation Between Coconut Oil And Cholesterol?

How To Use Coconut Oil For Weight Loss

Side Effects Of Virgin Coconut Oil

Learn the Difference Between Chia seeds and Flax seeds