Besan nutrition - what everyone should know about it? - 24 Mantra Organic

Besan nutrition - what everyone should know about it? - 24 Mantra Organic 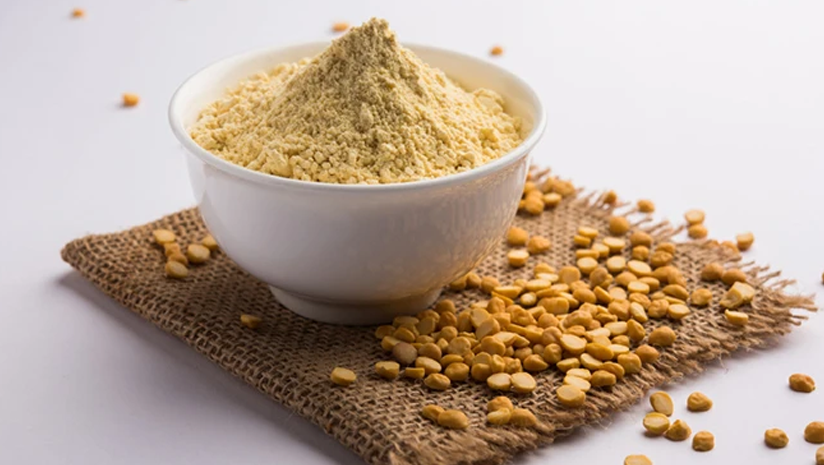 With a nutty and medium flavour, gram flour or chickpea flour or besan is a staple ingredient not only in India but also across the globe. Being free of gluten, besan is popularly used instead of wheat flour. That is why organic besan is on high demand these days. As they do not contain any chemicals, cancer-causing pesticides and artificial ingredients, organic products are not only safe for people but also for the environment. 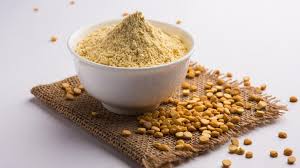 When it comes to besan flour nutrition, the list is quite long. Let us have a look:

Besan is a rich source of copper, magnesium, manganese, iron, phosphorus, thiamine and folate. From 1 cup of besan, you will get 29% phosphorous, 42% copper, 25% iron, 101% of folate and 74% of manganese to meet the daily requirement. In comparison to fortified wheat flour, besan has nearly double the amount of folate. Thus, pregnant ladies must have it daily and get the best out of besan nutrition.

If you are overweight and putting a check on your calorie intake, then substitute the wheat flour with besan. A cup of besan has almost 25% lesser calories than the regular wheat flour. In other words, the former is less energy-dense than the latter. Thus, it cuts down the calorie intake keeping the portion sizes the same.

Chickpeas are full of nutrients. Thus, the flour made from them contains lots of fibre. You can get about 10 gm of fibre from just a cup of besan. On the other hand, the same quantity of white flour will give you a 1/3rd of fibre.

A study showed that the cholesterol level is lowered by 3.9% and LDL is lowered by 4.6% of some people who consumed besan for 5 weeks continuously.

In addition to that, besan has a particular fibre called resistant starch which is a good source of healthy gut bacteria. Thus, chickpeas are effective in enhancing heart health and monitoring colon cancer and type 2 diabetes.

When it comes to besan nutrition, how one can forget the amount of protein it contains? A cup of whole wheat flour gives 16 gm of protein, and white flour gives 13 gm. On the other hand, from a cup of besan, you can get 20 gm of protein. Be it managing the excess weight or building muscles or combatting illnesses, protein is the most important.

Besan also has 8 essential amino acids, which have made it a necessary food item for both the vegans and vegetarians.

From 100 gm of gram flour, you will get the following besan flour nutrition:

Now you have got a proper idea about besan nutrition. Thus, include it in your daily diet, but make sure not to go overboard with it. Also, always choose organic besan as it comes from organic chickpeas which are cultivated without any harmful chemicals and pesticides. Thus, they are 100% natural and safe for health and eco-friendly too. Moreover, they do not cause any water contamination.