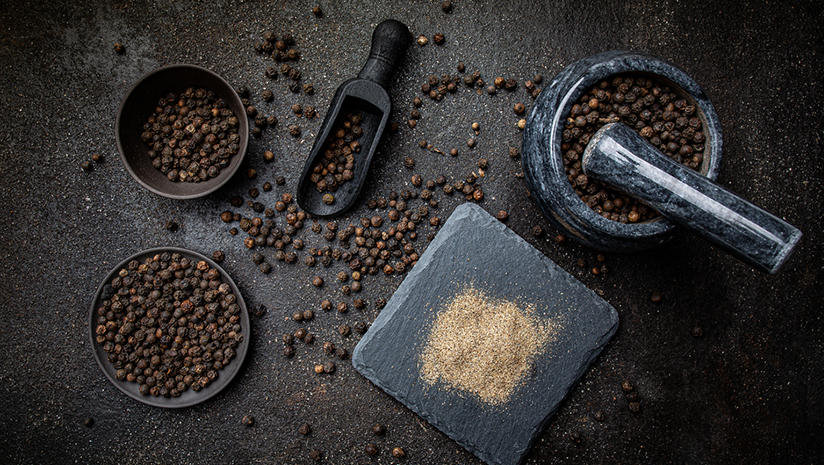 6 Black Pepper Uses No One Told You About Before

Black pepper is one of the most commonly used spices across the world in different cuisines. But it has uses beyond the conventional cooking related applications as well.

But before we get to that let’s get to know it better.

What is Black Pepper?

Black pepper (Piper nigrum) is a flowering vine in the family Piperaceae native to modern day South India. It is cultivated for its fruit known as a peppercorn. It is usually dried and used as a spice for seasoning.

Black pepper is extensively cultivated in the tropical regions. Vietnam is the largest exporter of pepper.

Black pepper is the world’s most traded spice. It is a popular traditional medicine and one of the most common spices in almost all cuisines around the world. Piperine is the compound which gives black pepper its signature spiciness.

Black pepper is very common  for seasoning in modern cuisine.  You can find it at restaurants paired with salt. Now that we have known enough background. Let’s get to the main point and discuss some of the lesser known uses of black pepper.

Other than these six uses there are many other benefits of black pepper. It has demonstrated potential benefits against serious medical conditions related to the brain like Alzheimer’s and Parkinson’s disease. It also helps regulate blood sugar and control blood cholesterol as well.

Now that you know the benefits of black pepper. You should also know that it is important to use the wholesome food and spices which are both organic and natural. We at 24 Mantra have been dedicated to this cause of providing wholesome, organic and natural food to Indian buyers.