8 Foods to Avoid with Diabetes 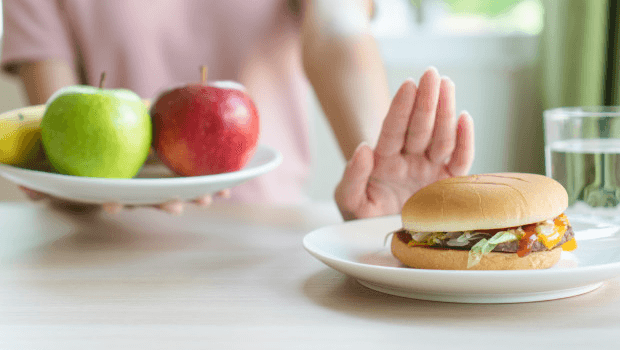 8 Foods to Avoid When You are a Diabetic

Diabetes mellitus is a serious metabolic disease which is affecting people all over the world and its prevalence is increasing. According to the World health organisation, diabetes was the seventh leading cause of death in the year 2016, about 1.6 million deaths were directly due to diabetes.

Type 1 diabetes cannot be prevented. It is an autoimmune disease in which the body destroys its own insulin-producing cells. People with T1D need daily injections of insulin to survive.

The majority of all diabetes is T2D (85%-95%), which in many cases can be prevented. People with T2D cannot use the insulin they produce properly, but can mostly manage their condition through exercise and diet, although many may require medication, including insulin, to control blood glucose levels.

What Is the Glycemic Index?

8 Foods to be avoided with diabetes

Avoid sugar or sucrose because it is not a low GI food, the GI of sucrose is 60. Low GI foods mean GI is less than 55. There will be a sudden spike in blood sugar levels after consuming sugar and then a sudden drop which makes the diabetic person crave for more simple sugar.

The GI of white bread is 71 and white rice is 89. It is better to cut down on these and add more complex carbohydrate to the diet. Higher intake of white rice is linked to significantly higher risk of T2D in people of Asian origin (4).

There are studies which say that sweetened fruits juices may increase the incidence of type 2 diabetes (5).  If at all you want to have fruit juice then look for 100 % fruit juice as these are not linked to increased incidence of T2D and don’t fall under the food to avoid with diabetes (6). Why not just eat a whole fruit which is a healthier option!  (7)

Since the risk of heart problems increases with diabetes it is better to avoid foods that contain trans fats. Trans fats may be present in milk, meat and butter. They are also found in foods containing partially hydrogenated vegetable oils such as shortening, margarine and bakery foods.

Potatoes are good sources of carbohydrate and foods made out of potatoes increase blood glucose levels and fall under the category of foods to be avoided with diabetes. However, they also fall under the Higher consumption of potatoes, especially French fries was linked to higher incidence of T2D (8).

Generally, snacks such as potato chips have high content of salt and are foods to avoid with diabetes. Processed foods may contain more salt. Excess salt intake is linked to hypertension and hypertension is one of the main reasons for cardiovascular diseases. And diabetic people are at a higher risk of cardiovascular disease. It is important to keep blood pressure under control for diabetic people.

Presence of high content of sugar in desserts make them foods to avoid with diabetes. Desserts include ice creams, sweetened yogurts, milk sweets, chocolates and other high sugar-containing sweets.

Plan your diet carefully if you are a diabetic, take help of an expert. With a healthy diet and following a physically active life blood sugar levels can be kept in check and make a strict list of the foods to avoid with diabetes.