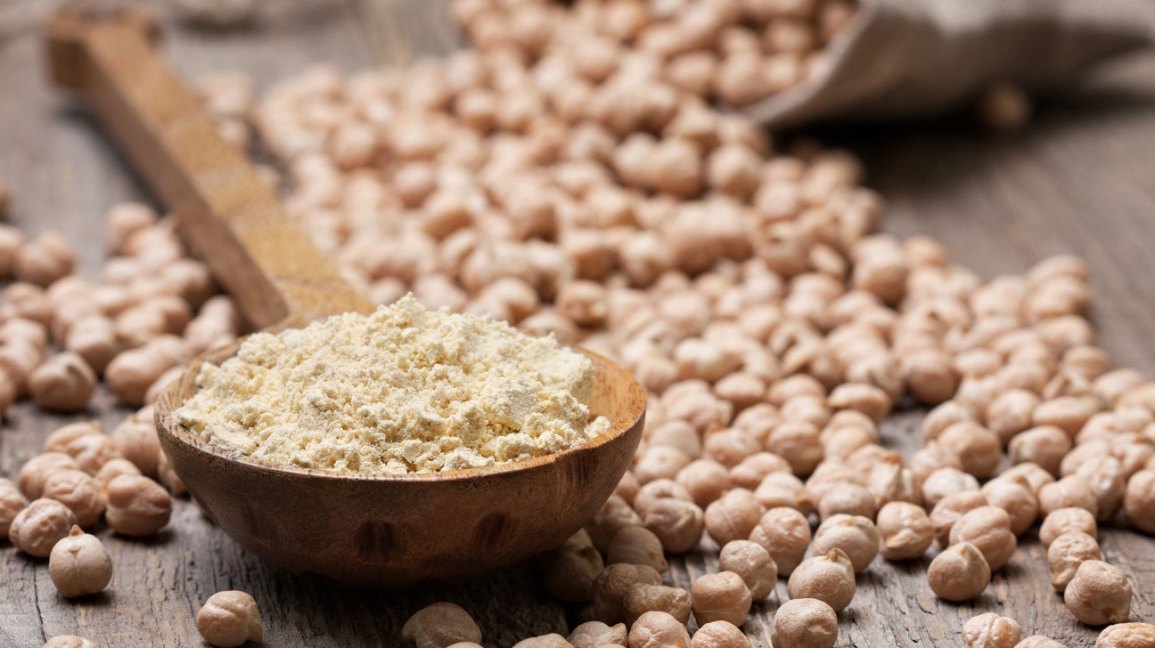 Calories in Besan: Good or Bad For Health? We Tell You!

When we think of besan, our mind instantly remembers the taste of sweet besan ke ladoos or the crunchy onion pakoras! Besan or chickpea flour is used in a variety of savoury dishes in India and abroad like curry, fritters, sabzis, desserts and more. While besan ladoo calories are a scary number (sorry foodies), besan itself is healthy and delicious.

Besan, also known as chickpea, gram or garbanzo bean flour is made by grinding dry chickpeas (preferably the Bengal gram variety). With roots in India, the flour has found its way in international cuisines, especially for its bonding properties. But we don’t know much about the number of calories in besan.

Read on to find out more about how good it can be for health and the calories in besan.

Chickpea Flour Nutrition Facts: How Many Calories in Besan?

1. Lowers the risk of cardiovascular diseases.

Folate lowers the homocysteine levels in our bodies, thereby lowering cardiovascular risk, according to the National Institutes of Health. It also protects from a stroke. High homocysteine levels are found in those with Alzheimer’s and dementia. Besan intake can help reduce the risk.

Higher in protein than other flours.

An excellent source of protein, chickpea flour beats other flours when it comes to this. It has 20.6g of protein in a cup, which is much higher than the widely used white flour or whole wheat flour.

Protein not only helps you feel satiated but is also essential for maintaining muscle mass and strength, especially for those in the age group of 40+. A study published in the journal ‘Nutrients‘ confirmed this.

A cup of besan has 9.9g of dietary fibre, which is more than triple the amount of fibre in white flour (2.7g). Fibre not only helps build bulky stools that can prevent constipation but also aids in decreasing cholesterol.

One cup of whole wheat flour contains about 408 calories, while calories in besan in a cup are 356. If you want to shed some kilos, start using besan in your diet.

Legumes like chickpeas can also help you feel full faster, making you intake a fewer amount of calories. A study published in the Obesity journal confirmed this. Low calories in besan = guilt-free binging.

Manganese found in chickpea flour is good for diabetics.

A study published in the journal, Biological Trace Element Research found that diabetics have low manganese levels in their blood. The study states that deficiency of manganese can lead to diabetes mellitus. Chickpea flour provides for 74% of the recommended daily manganese intake.

Chickpea flour nutrition values include a high amount of multiple vitamins, minerals, and nutrients. Apart from folate and manganese, it also provides a good percentage of daily recommended intake values for other trace elements.

Good for health and good to taste, that’s a rare combo that’s offered by our beloved besan. You don’t have to worry about calories in besan anymore! Besan is a perfectly healthy alternative. Indulge yourself!