All You Need to Know About Cinnamon - 24 Mantra Organic

All You Need to Know About Cinnamon - 24 Mantra Organic 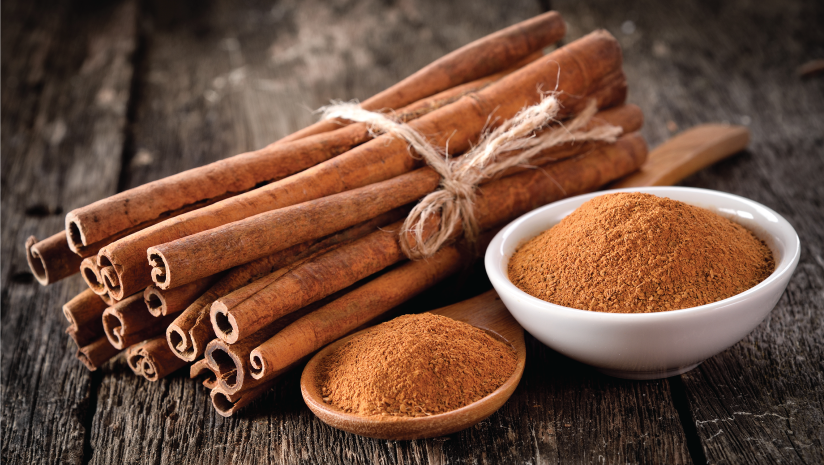 Cinnamon, a simple spice with a whole lot of benefits. This aromatic and versatile spice makes its way into every dish in the Indian Kitchen. The many cinnamon nutrition facts have made it popular in both medical and conventional remedies. The use of cinnamon dates back to 2000 BC in Egypt — later popularised across South-America and South-Asia.

Ensure you procure your spices from the right sources to gain the best cinnamon nutrition. Opt for organically produced and sold cinnamon, any day. They will guarantee better flavour, zero additives, and maximum benefit.

Organic spices are free of any chemicals, richer in antioxidants, and better for the planet. They ensure that it leaves zero waste and no water contamination. All this while giving a helping hand to the farmers behind the scenes.

It is tedious to incorporate the cinnamon nutrition facts into your diet if the first step is unhealthy ingredients. Additives in spice can harm your body in the long run and lead to more adverse effects on your digestive system.

Before we break down the cinnamon nutrition facts, here are a few benefits to the spice that make it such a special treat.

One of the most commonly known cinnamon nutrition facts revolves around its ability to battle blood sugar fluctuations in the body. From home remedies to medical recommendations, cinnamon is a popular ingredient for better blood sugar management. Many doctors also recommend moving to cinnamon powder, over sugar, as a flavour enhancer in beverages and foods.

If you are battling diabetes or high blood sugar, a small dose of cinnamon in your diet will show drastic results. Cinnamon has properties that allow it to control the absorption of glucose from each meal. This process occurs by containing the enzymes which break down carbohydrates.

Some studies have also shown that cinnamon mimics insulin and provides better sugar control. Their ease of use and the adaptable flavour is what makes it a comfortable remedy for diabetics.

The other famously known cinnamon nutrition facts include it’s antibacterial and antifungal characteristics. Many toothpaste and mouthwash use them as a flavouring agent to fight bacterial growth, which leads to foul odor in the mouth.

They have also proven effective in treating digestive discomfort for years now. In both Ayurvedic and Ancient Chinese medication, the use of cinnamon bark oil treats digestive imbalance. It also enhances blood flow in the body, thus providing better outcomes in bodily functions and nutrition distribution.

Using organic cinnamon in your meals will give a very subtle aroma and infused benefits with each meal. You can also opt for cinnamon powder with your post-meal beverages.

A common trait of most regularly used Indian spices is the antioxidant and anti-inflammatory properties. Cinnamon is not an exception. Many studies on cinnamon nutrition facts have given conclusive results of it’s “superfood-like” nature. The presence of polyphenols in cinnamon makes it an excellent antioxidant. These superior healing properties make it a popular food preservative.

The damage or weathering of tissue in the body is a prevalent problem many people face. It occurs from a sinful lifestyle or pre-existing genetic conditions. The anti-inflammatory cinnamon nutrition facts are very apparent for generations. A small and regular portion of this spice will keep the tissues in check and delay the onset of chronic wounds.

A small stick of cinnamon or just a teaspoon is packed with vital nutrients and vitamins. Let’s take a deeper dive and understand the most simple cinnamon nutrition facts.

Apart from these nutrients, as mentioned above, they are also rich in Vitamin B, and Vitamin K. The antioxidant in them called choline and beta-carotene work wonders for the body. These help keep the body revitalized and reduce the risk of infections.

Although loaded with nutrition, they have only minimal qualities of application in our daily diets. This small portion is the reason why wholesome effects cannot transpire from them. But using them in small measures each day can benefit us  in many ways. We can further consider some ways to incorporate cinnamon nutrition into our meals.

Once you understand the cinnamon nutrition facts, the pressing issue is how to use them in your daily meals. Here are a few helpful tips.

The benefits are many, and the taste is incredible. There is no reason to avoid this remarkable spice. When taken in small doses, it can do wonders for your overall health and give you a better lifestyle. They are very versatile and can be used in both sweets and savory food.

Keep a few sticks of cinnamon handy in your spice box, and add them to your meals as often as you like. Merely their aroma is enough to draw you back to the spice more often. Interestingly, even bartenders who make cocktails for a living have not avoided this robust spice in whiskey-based cocktails.

Ensure they come from the right source, and you are sure to enjoy it’s natural and warm flavours.