Here are some reasons to consume cinnamon for diabetes prevention. - 24 Mantra Organic

Here are some reasons to consume cinnamon for diabetes prevention. - 24 Mantra Organic 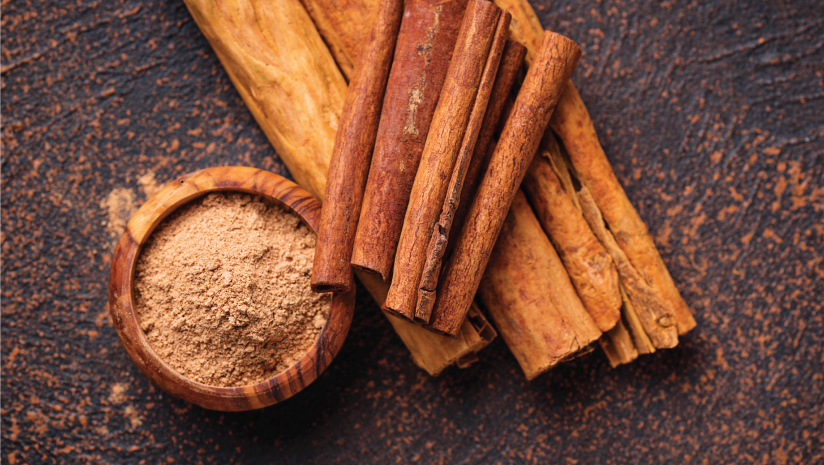 Effective Ways to Use Cinnamon for Diabetes Management

Cinnamon is not merely a spice loaded with healthful antioxidants, but it can also help patients regulate their blood glucose levels. Cinnamon promotes digestive health as well, which is linked directly to diabetes.

Effects of cinnamon for diabetes

Several controlled studies have concluded that cinnamon might be favourable for people with diabetes.

Studies have discovered that consuming just one, three, or six grams of cinnamon every day for 40 days decreased serum glucose, triglyceride, LDL, as well as total cholesterol among 60 middle-aged diabetic patients.

Another study published by the Agricultural Research Magazine concluded that consuming just one gram of cinnamon for diabetes every day can boost insulin sensitivity and help regulate or even reverse type 2 diabetes.

An analysis printed in 2007 in The American Journal of Clinical Nutrition reported that consuming six grams of cinnamon dampens stomach emptying and substantially lowers hyperglycemia after meals without altering satiety (Source).

The daily consumption of organic foods is beneficial for you and your family, as it adheres to the international standards of healthy meals.

Organic farming can protect the environment because of its eco-friendly cultivation practices and no pesticidal involvement.

Among copious health benefits, many studies indicate that cinnamon use for diabetes is typically safe and beneficial for most people to enjoy by adding it in food unless you are suffering from liver problems.

If you are looking to consume cinnamon for diabetes control and add it in your diet, here are a few ways to help you do that –

Since cinnamon has a zesty flavour, it can replace modest amounts of sugar in stove-top recipes, meat, sauces, and vegetable dishes.

Replacing a sweetener with cinnamon can reduce the amount of sugar you consume, consequently improving your blood glucose levels.

Prefer cinnamon use for diabetes prevention rather than brown sugar or regular sugar in candied vegetable dishes that include baby carrots, candied yams, or sweet stir fry. Cinnamon renders a complex, mellow flavour without a spike in glucose.

Cinnamon is safe when used in modest amounts, which is about ½ to 1 teaspoon or 1000 mg of consumption per day. Use a pinch or two of cinnamon in your coffee as a substitute for sugar or sweetener.

You can stir cinnamon and a minuscule amount of agave nectar into oatmeal for your morning breakfast.

You can also add berries and nuts to elevate its nutrition value. A sprinkle of cinnamon on a buttered whole-grain toast with a crystallized sweetener like Stevia or Splenda is also a healthy beginning to your day.

You can also consume cinnamon for diabetes prevention with peanut butter or sugar-free jam on toast.

Baking is probably the easiest way to include more cinnamon into your diet. If you relish homemade bread, muffins, cookies, breakfast bars, or pies, cinnamon is an easy ingredient to nearly any recipe you love.

You can stir cinnamon into baked recipes. Extra cinnamon blends best with dry flour, and mix thoroughly to avoid clumping. If a recipe already requires some cinnamon, double its amount or reducing the quantity of another spice like nutmeg.

Using cinnamon to dust baked goods is also a viable option. If you have already incorporated cinnamon into a baked good recipe, use a baker’s brush or sifter to dust the muffin top, bread, or cake with cinnamon while it is warm from the oven.

Canning fruits and vegetables offer a convenient approach to sneak cinnamon into snacks and sides that otherwise would contain no cinnamon.

When utilized judiciously, cinnamon can be an excellent addition to sweet canning recipes.

You can consume cinnamon for diabetes by drinking water infused with the spice. Soak about a 2-inch piece or bark of cinnamon in a cup of water. Leave it undisturbed overnight and drink it on an empty stomach.

Making spiced tea (masala chai) with a pinch of cinnamon powder or adding it to coffee is also another way to include cinnamon in your diet.

The exclusive taste of cinnamon with its numerous health benefiting properties will level up your hot beverage in copious ways.

Adding cinnamon to curries is a common practice in Indian kitchens. Saute a small cinnamon stick with other dry spices such as cloves and peppercorns to prepare flavoursome curries.

Final words: Should you consume cinnamon for diabetes prevention?

Cinnamon is a sweet spice that has health benefits for diabetic patients and can help regulate blood sugar levels.

Cinnamon, typically used in cooking and baking, has been linked to enhancements in the treatment of conditions, including diabetes mellitus.

The consumption of organic food is highly recommended by health experts and nutritionists, as it can safeguard your children and family from cancer-inducing pesticides sprayed on the farm.