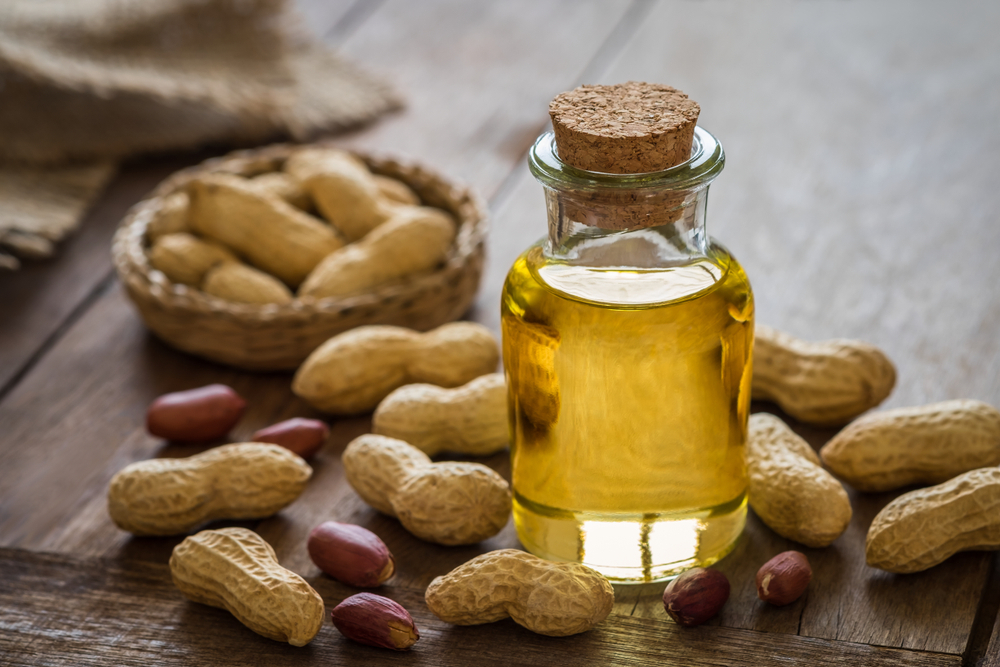 Groundnut oil or peanut oil is a cooking oil variety that is primarily used for frying food items. It is derived by crushing peanuts and then pressing out the oil from the legume. The oil thus obtained is used as it is or processed further to obtain refined oil varieties.

Depending upon the processing technique deployed to obtain the oil, the flavour and taste can vary to a huge extent. There has been an ongoing debate in recent times regarding groundnut oil cholesterol level and its effects on your body.

Nutrition And Cholesterol In Groundnut Oil

Cold-pressed groundnut oil has a near-perfect ratio of saturated, unsaturated and polyunsaturated fatty acids. There are a few key points that make groundnut oil better than the other oil varieties present in the market today.

Let’s first have a detailed look at the cholesterol in groundnut oil along with the other nutrients that it provides per 1tsp serving. Data sourced from FatSecret:

Groundnut oil is not a significant source of Vitamin A, Vitamin C and dietary fibre. The groundnut oil cholesterol level in terms of fatty acids is as follows:

Groundnut oil cholesterol level has been under scrutiny. As per its composition, it has a high omega-6 acid content. Although it is an essential fatty acid, its excess intake has been linked to having pro-inflammatory effects on your body.

Now that you know groundnut oil cholesterol level, let’s have a look at the various nutritional benefits that consuming groundnut oil on a regular basis entails for your body.

Besides, there are numerous other health benefits that groundnut oil provides that are still under research. It is one of the most widely consumed cooking oils in the world.

Groundnut oil cholesterol level in terms of MUFA & PUFA help in maintaining good heart health. Groundnut oil, especially if its organic, has expansive nutrient content and at the same time, free from harmful pesticides. It is also a good source of vitamin E that relieves your body’s oxidative stress and helps in maintaining an active lifestyle.