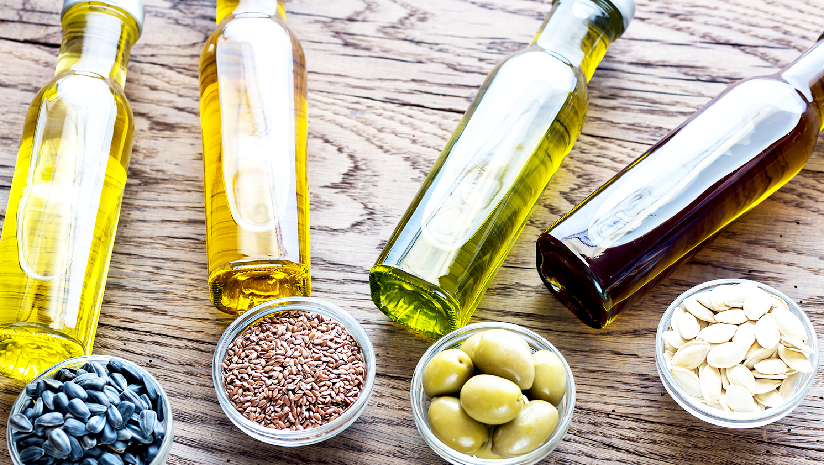 Groundnut oil vs Rice Bran Oil – What is the Difference?

Choosing the perfect cooking oil can be rather confusing. There are so many factors to consider, such as the healthiness, the taste, the purity, and most importantly, the price. For starters, it is a well-known fact that different oils have different qualities that make it suitable for specific applications or cuisines. For instance, extra virgin olive oil is excellent for salads, while groundnut or rice bran oil works well for deep frying. Similarly, one simply cannot imagine Oriental food without any sesame oil!

Given that Indian cuisines involve a lot of stir-frying, deep-frying, and sauteeing, it would be best to consider groundnut or rice bran oil for daily cooking. But what is the difference between the two? And between groundnut oil vs rice bran oil, which one is healthier?

For starters, if you wish to consume healthy oils, the first step would be to look for organic, cold-pressed oils. These oils are loaded with nutrients and is excellent for your body. Moreover, they taste a lot better and true to its origin than highly refined oils.

What is Groundnut Oil?

Groundnut oil, also known as the Golden Oil, is derived from groundnuts or peanuts. It has a light consistency and neutral taste, which makes it ideal for all-purpose cooking. It is widely used in Asian cuisine and has a good combination of healthy fats.

As per the data available on the USFDA website, 100 g of Groundnut oil has the following nutritional profile:

What is Rice Bran Oil?

Rice bran oil is extracted from the bran (outer layer) of the rice grain. Much like groundnut oil, rice bran oil does not possess any flavour, which means that it does not clash with the taste of your food. It is loaded with gamma-oryzanol and tocotrienol that lowers bad cholesterol (LDL) and increases good cholesterol (HDL).

As per the data available on the USFDA website, 100 grams of Rice bran oil has the following nutritional profile:

Here is a quick point-by-point comparison of groundnut oil vs rice bran oil:

Groundnut oil has a smoking point of 2320C while rice bran oil has it at 2540C. However, the difference is only marginal, with both oils having a high smoking point.

From the above groundnut oil vs rice bran oil comparison, you will be in a better situation to understand which one is better for your health. Remember, choosing organic is the first step to health.

Use Honey And Turmeric To Get Rid Of Cough

6 Black Pepper Uses No One Told You About Before

Coriander Leaves Benefits That Everyone Should Be Talking About