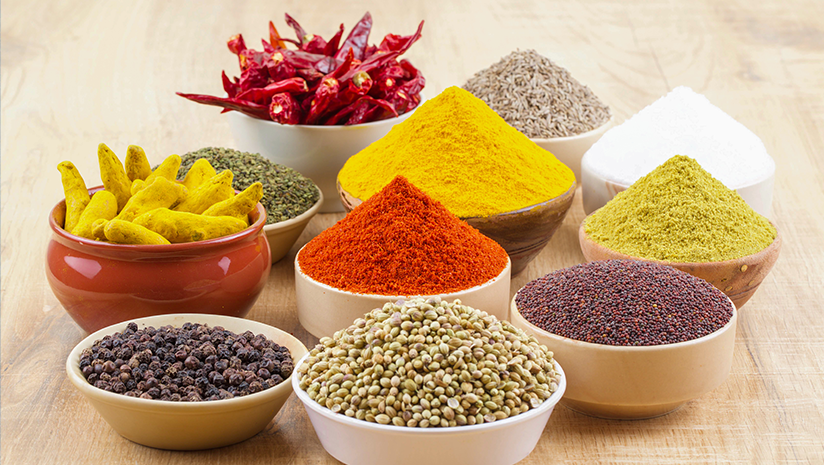 Spices play an enormous role in the way we cook and consume food in India. Not surprisingly, Indian curries are relished all over the world owing to the rich and spicy flavours. If you enjoy cooking or appreciate a good meal, you’d agree that every spice has its own flavour and essence. However, Indian spices benefits go beyond taste and flavour. Indian spices not only make the food flavourful, but Indian spices health benefits have been studied by researchers across the world with laudable results.

For example, golden latte or turmeric milk has taken the world by storm, especially during the ongoing pandemic, as a super immunity booster. Fortunately, in India, we have been having turmeric since childhood, as it is an essential part of Indian cuisine. Indian spices benefits of cumin seeds, cardamom and cinnamon are also well known around the world.

But how do spices benefit your health?

According to Diane Vizthum, M.S., R.D., research nutritionist for the Johns Hopkins University School of Medicine, there are more than 100 common spices used in cooking around the world and these spices are concentrated sources of antioxidants.

Adrienne Youdim, MD, an associate clinical professor of medicine at the UCLA David Geffen School of Medicine adds, “Because they’re [spices] so flavorful, they make it easier to cut back on less healthy ingredients like salt, sugar, and added fat.”

However, not all spices are equally effective or useful for your body. Indian spices benefits are best realised when you add organic spices in your diet. Organic spices don’t have any foreign material that they should not have – like dirt or other foreign matter. Organic spices are, therefore, pure and concentrated sources of vitamins, minerals, and other beneficial elements for your body without any impure substance. Eating organic food ensures better taste, better ecology and also improves the lives of the farmers involved in organic spice farming – as a bulk of spices from the Indian subcontinent are exported to other countries.

Today, many spices and herbs are available as supplements in the market. For example, you must have seen moringa tablets, or cinnamon and turmeric extract tablets. However, it is not a great idea to pop these pills unless your doctor recommends them. It is ideal to include real organic spices into your food to enjoy full Indian spices benefits for your overall well-being. One must also consider the fact that there aren’t many regulations about supplements, which means a capsule may or may not have the exact ingredients written on the label.

Including organically grown spices in your food is the best way to enjoy their flavours and health benefits. Besides, compounds from various foods and spices tend to work together to give you maximum health benefit, which is why it is better to use multiple spices to flavour your food than go for a single-ingredient supplement.

There are many Indian spices like turmeric, cinnamon, cloves, cumin seeds and cardamom that add a unique flavour to your food besides improving its nutritional value. Below, we have listed five popular Indian spices benefits to boost your health.

Cinnamon, also called dalchini, is derived from the inner bark of several tree species from the family Cinnamomum. It is a popular spice used in all types of recipes and baked goods. The medicinal properties of cinnamon are attributable to the compound cinnamaldehyde, which is responsible for cinnamon’s medicinal properties. Research has shown that cinnamon can reduce blood sugar level by slowing down the breakdown of carbohydrates and improving insulin sensitivity. Cinnamon also has proven antioxidant properties and can aid in fighting inflammation in the body. Some studies suggest that cinnamon may help in lowering cholesterol in people with diabetes apart from keeping blood sugar levels in control.

Consuming small amounts of cinnamon in your food is likely to benefit you in some way, but excessive consumption is not advisable, as high doses might be toxic. Generally, the effective amount is around 1 to 6 grams per day.

Fenugreek seeds or methi seeds have been traditionally used in Ayurvedic medicine to enhance libido. While this is not a proven use by science, studies do suggest that fenugreek can reduce blood sugar. Other benefits of fenugreek include:

Fenugreek does not seem to have any side-effects and is generally safe for healthy people. Ayurveda suggests consuming fenugreek water (prepared by soaking a teaspoon of fenugreek seeds overnight in water) on an empty stomach to realise its full benefits.

Asafoetida or hing is often used to treat bloating and stomach-related issues, but there are no concrete studies to support these claims. However, asafoetida may be helpful in treating irritable bowel syndrome (IBS) and also protect against high levels of cholesterol in the body. Some people like to use asafoetida for breathing issues, irregular menstruation and intestinal gas, but there is insufficient evidence to prove these effects scientifically.

Cumin seeds are well-known around the world and form a key ingredient in many Indian dishes. Cumin is naturally rich in iron and may help in weight loss too. According to research, black cumin is very effective against “neurological and mental illness, cardiovascular disorders, cancer, diabetes, inflammatory conditions, and infertility as well as various infectious diseases due to bacterial, fungal, parasitic, and viral infections.” The anti-cancerous properties of cumin seeds have been studied in detail and including cumin seeds in your food every day can improve your body’s immunity against several chronic diseases.

Indian spices benefits are plenty and proven by several researchers around the world. If you wish to improve your health while enjoying tasty food, Indian spices benefits include not only wholesome flavour but also prevent several diseases by fighting free radicals and increasing your body’s immunity. Of course, not all Indian spices benefits are proven, but these spices continue to form an essential part of Indian cuisine, indicating moderate consumption is safe for healthy individuals. If you plan to include Indian spices in your food, we recommend using only organic spices to enjoy the real taste and benefits while being kind to the environment.