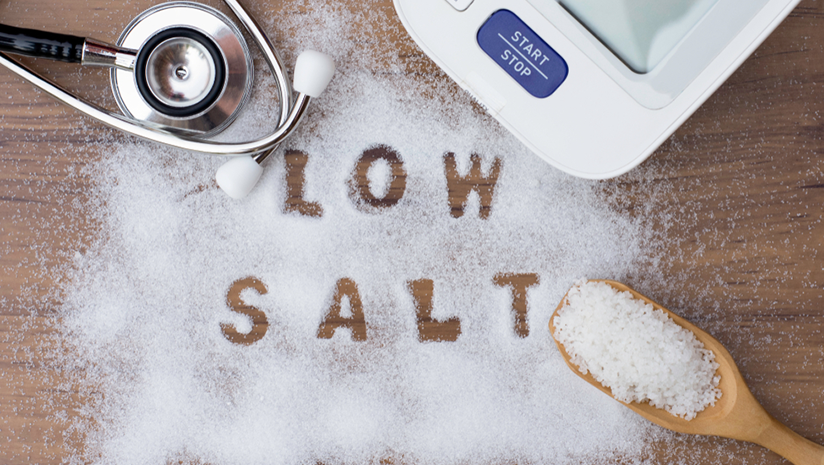 Excess of everything is bad and in certain cases, it can be fatal too. But how much is excess?

Most of us aren’t even aware of how much sodium we are consuming   in our diet. For starters, understand that a single teaspoon of table salt (Sodium Chloride), has 2,325 milligrams (mg) of sodium.  Many processed foods also contain sodium We should know how much salt per day is good for our health and how much sodium per day is considered optimum.

How much salt per day is necessary?

Before we discuss how much salt per day to function properly. We need to understand the role of sodium in our body. The biggest source of sodium in most diets is table salt (sodium chloride) – which is 40% sodium and 60% chloride by weight.

Sodium Daily intake: It’s estimated that our body only needs 186 mg of sodium per day to function properly. But it is nearly impossible to consume sodium in such small amounts and still meet our energy needs and other important nutrients. Therefore, the Institute of Medicine (IOM) recommends that healthy adults consume 1,500 mg of sodium per day.

Based on evidence from clinical studies IOM, USDA and the US Department of Health and Human Services recommend that healthy adults limit their daily sodium intake to less than 2,300 mg of sodium. As above 2,300 mg per day can adversely affect blood pressure and increase heart disease risk.

Although our kidneys help regulate our body’s sodium levels by adjusting the amount that is excreted in your urine. We also lose sodium through sweating. Because of this increased sodium loss through sweat, these guidelines don’t apply to highly active athletic people. In fact there are studies which show consumption below 3000 mg might also add to heart diseases.

Studies show that people who consume less than 3 grams of sodium per day are at a greater risk of heart disease than people with an intake of 4–5 grams. Hence you should not consume too much salt like 7000 mg but not too less below 3000 mgs. Something between 3000-5000 mg should be optimum.