Top Jeera Tea Benefits That Everyone Should Know- 24 Mantra Organic

Top Jeera Tea Benefits That Everyone Should Know- 24 Mantra Organic 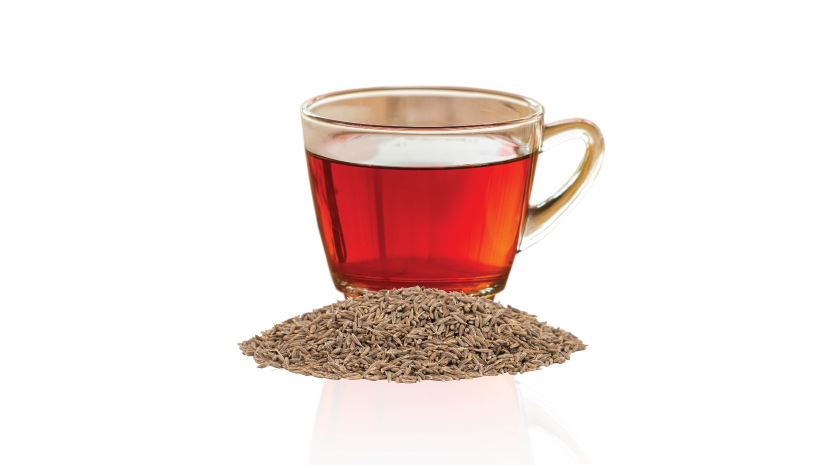 Cumin seeds of Cuminum Cyminum plant are what we use in many of our dishes, curries, and stews.

According to the studies, starting your day with a warm cup of jeera tea can solve several tummy woes.

Including Jeera Tea (or even Jeera water) can prove to be a game-changer regarding your overall health and weight loss concerns. In terms of Jeera tea benefits, there are plenty to look forward to.

To avail the benefits of cumin tea, you will need to follow these preparation steps and drink it every day.

For extra oomph in its taste, you can choose to add a teaspoon of honey to the tea.

Now that you have learned about making cumin tea, it is time to dig into the various benefits of cumin tea.

What Are The Various Benefits Of Jeera Tea?

59 patients suffering from IBS – Irritable Bowel Syndrome showed signs of improved symptoms after they were given a concentration of jeera tea/cumin water for a span of 2-weeks!

Keeping these facts in mind- it would be only fair to establish that consuming jeera tea every day promotes digestive proteins’ activity.

You very well know that iron-deficiency is one of the prime reasons why 25% of the world population suffers from nutrient deficiencies. This is more in case of children who need a sufficient dose of iron to support their proper growth and young females who need iron to replace the loss of blood during their menstruation.

When discussing Jeera tea benefits, many nutritionists regard it as a rich source of iron with 1 tsp containing 1.4mg of iron. And that’s why they recommend you drinking it every day (preferably in the morning) – even if it in small amounts!

When discussing about all jeera tea benefits, another perk is it facilitates milk secretion from the mammary glands- which in turn helps promote lactation in women during their pregnancy.

Plus, as it is already established as a rich source of iron – nutritionists point out that consuming even a small quantity of jeera tea or cumin water every day will provide a good amount of iron to build their strength during postpartum.

MOST IMPORTANTLY- drinking a cup of warm jeera tea or cumin water will keep both the mommy and her unborn child healthy.

Jeera tea or jeera itself is one excellent source of dietary fibre. Even in small quantities, drinking it regularly helps maintain the normal functioning of the immunity system.

By fighting off all manner of diseases, it lessens one’s chances of falling sick or experiencing any kind of weakness.

A regular dose of jeera tea proves great for patients plagued with diabetes.

Diabetic patients can drink jeera tea even on an empty stomach, stimulating insulin production within their bodies.

You already know that iron is one of the most crucial minerals which help promote proper body functioning.

Since cumin seeds are a rich source of iron, drinking jeera tea will help fight off any iron deficiencies and even help treat anaemia in the process.

So… for those who are suffering from anaemia, avail all major jeera tea benefits by drinking it every day!

Cumin seeds have long been known to possess properties that help in liver detoxification. By consuming even a small quantity of jeera tea every day, it helps promote the proper production of digestive enzymes.

Cumin water or jeera tea helps flush out all existing toxins from the body and eases bile production.

That’s Not All – More Incredible Benefits Of Drinking Jeera Tea

So, always opt for organic cumin seeds as they are chemical-free and safe for consumption. As a result, they come with very little risks or contraindications. Therefore having it every day will allow you to avail all jeera tea benefits in more ways than you can imagine.

That said, it is always crucial to consult with your doctor prior to including this into your regular diet.