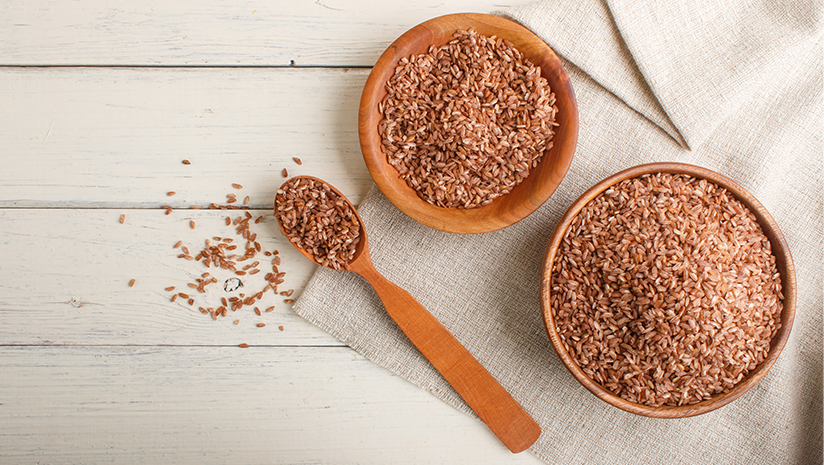 Is Brown Rice Good for Diabetes? Here’s What Research Says!

Rice being a staple in the Asia-pacific region, has been around for centuries. It has been a while now since dehusked white rice replaced the traditionally eaten brown rice, especially in the Indian subcontinent and a few other Asian countries.

As such, brown rice is restricted to being consumed exclusively by people in villages and those who savour the taste, flavour, and the numerous health benefits that accompany it.

Nonetheless, awareness and the want for health and quality of life are beginning to influence people into giving brown rice its rightful deference, thereby recognizing it as food that is organic and the fact that it is rich in antioxidants, and far more nutritious than polished white rice.

This article will venture to list out what you stand to gain by eating brown rice especially in terms of how conducive it is in preventing and curtailing diabetes.

Why is Brown Rice Healthier?

Brown rice is whole grain essentially because it is processed differently when compared to regular (white) rice. With white rice, the process requires the hull (also known as husk), bran as well as the germ to be removed.

But with brown rice, only the husk is removed, leaving the bran and germ to provide nutrition, protein, carb-rice endosperm, and fibre to its consumers. Not surprisingly, brown rice is a rich source of riboflavin, thiamine, iron, niacin, and calcium.

Is Brown Rice Good For Diabetes?

Is brown rice good for diabetes? Let’s understand what the two main types of diabetes are before talking about whether it is a fact or a myth.

Experts say that brown rice is ideal for people diagnosed with diabetes as it does a good job of stabilizing the blood sugar levels of diabetics.

According to the US National Library of Medicine, India has the second-largest number of Type 2 Diabetes cases on a global scale.

The study revealed that the consumption of white rice could be closely linked to the risk of being diagnosed with Type 2 Diabetes. Furthermore, the research implied that making brown rice a part of the daily diet could lessen said risk.

Another research lead by the National Center for Biotechnology Information examined the effects that both brown rice and white rice had on subjects who were free of diabetes and other major diseases.

The study lasted a few decades. The results indicated that a certain population of the participants was diagnosed with Type 2 Diabetes. After considering all the natural risks and reasons as to why the diagnosis could occur, the researchers concluded that an increased intake of white rice could be linked to an increased risk of getting Type 2 Diabetes.

Additionally, the study confirmed that the subjects whose intake of brown rice was high were linked to low chances of being diagnosed with Type 2 Diabetes.

As per the findings of Publisher Medline, brown rice is far healthier and beneficial when compared to milled rice (white rice). The researchers concluded that the results hold true for diabetics as well as hyperglycemic individuals.

Other Benefits of Brown Rice

Brown rice as evidenced by the contents of this article, has a lot to offer. Its health benefits are varying, yet vast. Let’s look at some of the other areas in which brown rice proves to be the more beneficial alternative.

Brown rice is replete with an array of essential nutrients, fibre, vitamins, and minerals. One cup (195.00 grams) of long-grained, cooked, brown rice contains the following nutrients:

It is safe to say that consuming brown rice regularly could greatly benefit your body in the long run. If the studies and research mentioned earlier are an indication, it could even positively affect your Type 2 Diabetes diagnosis or even prevent it from occurring.

Generally speaking, you stand to gain much in terms of nutrition, organic purity and lowered health risks by inculcating brown rice as part of your daily diet.