Can you detect milk adulteration ? 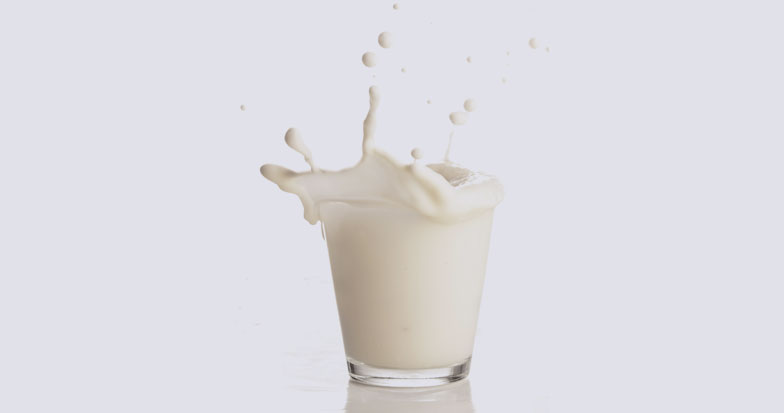 Is milk adulterated? Can you detect adulteration in milk?

Milk is an essential part of our food culture and it is a beverage that provides essential macronutrients and micronutrients. It plays a valuable part in our balanced diet. Milk is a fluid which is made up of almost 88 % water and the remaining 11 to 12 % consists of all the other constituents.

Milk is also used to make several other products such as cream, butter, curd/yogurt, ghee, kefir and cheese which are consumed all over the world. Despite the many uses milk adulteration, is, unfortunately, a common practice.

According to FSSAI adulteration of food (milk adulteration) is defined as “the addition or subtraction of any substance to or from food so that the natural composition and quality of food substance is affected” (1).

Adulteration could be done intentionally or sometimes it could be unintentional due to ignorance.

Unintentional adulteration can also happen for instance antibiotics which are present in milk because the cattle have been treated with antibiotics for some issue or dust or other extraneous substances which gained access to milk during processing, thus leading to milk adulteration.

Intentional milk adulteration could be because of the demand for milk as it is a very nutritious and popular beverage. People have been consuming dairy products from ancient times. It is also possible that the common man may not be able to detect the adulterants easily and the seller can easily get away with it. And of course, the desire to make more money by the seller.

Sugar, starch, glucose, common salt and milk from other sources are the common edible adulterants used in milk adulteration.

If milk adulteration detects adulterants such as melamine it may cause serious health issues (5). Addition of melamine in foods is not permitted by the FAO/WHO Codex Alimentarius or by any national authorities.

It is the right of the consumer to get what he is paying for, a product which is devoid of adulteration and is safe for consumption.

The most widely used adulterant for milk is water. It is used to increase the volume of milk. The density of milk can be checked using a lactometer and it can be used to check the purity of milk.

Adding water changes several parameters of milk and one of them is the freezing point (FP). The thermistor cryoscopic measurement of FP of raw milk is one of the most widely used methods to test the purity of milk.

The addition of water to increase the volume of milk changes its density, the refractive index of the lactoserum and most importantly its freezing point (FP).

The thermistor cryoscopic determination for the FP of raw milk is probably the most widely applied technique for testing the purity of milk. There is commercial equipment available which can test this parameter in a large number of sample quickly and in a cost-effective procedure (3).

There is a lot of development on the detection of adulterants in foods including milk. Simple and rapid methods are available to detect adulterants in milk. Infrared spectroscopy can be used to detect melamine in milk (3).

Most of the common adulterants used in milk whether hazardous (urea, formalin etc) or not (sugar, starch etc) have detection methods available (3, 4). Some tests may be very simple like the one for starch where adding iodine gives blue colour if starch is present. Some tests may be sophisticated like using infrared spectroscopy to detect melamine in milk.

There may be several reasons for the adulteration of milk but the most important is for making more money and to meet the demand for milk. If there are easy detection methods which are convenient to conduct in the field to detect adulterants in milk authorities can to a certain extent stop adulteration. Stringent punishment meted out to sellers who adulterate also will help to reduce adulteration.

When a consumer buys milk, the milk should be pure and safe to consume.