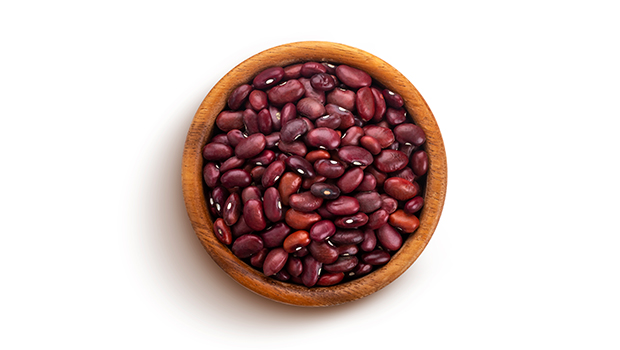 Following a diet is quite easy if you are willing to spend a few bucks on it. But what people are looking for is to develop a diet that is cheap, healthy as well as versatile. Yes, a diet that includes healthy and inexpensive ingredients is what dieters look for. Kidney beans are one such healthy legume that boosts protein and fibre intake without adding too many calories. This article is all about rajma nutrition facts and its benefits.

Kidney beans or the rajma mainly comprises of carbs and fibre along with a good source of protein. 100 grams of boiled kidney beans will have:

About 100 grams of boiled kidney beans will have almost 9 grams of protein that constitutes 27% of the total calorie content. Compared to animal protein, the nutritional quality of kidney beans is generally lower and hence affordable for many dieters. Among the legume varieties, it’s the rajma that has the richest plant-based protein source.

With the high content of fibre in kidney beans, the amount of resistant starch has a positive role to play in weight management. Regular consumption of rajma moderates blood sugar levels and promote colon health.

Among the nutrients available in kidney beans, carbohydrates are the most in numbers which constitute approximately 72% of the total calorie content. Rajma or the kidney beans rank low in glycemic index, which has a beneficial effect on blood sugar balance than any other high-carb foods.

4. Vitamins and minerals in rajma nutrition

Kidney beans are rich in vitamins and minerals such as:

What are the rajma nutrition benefits?

The high content of carbohydrates in kidney bean reduces cholesterol levels in the blood. The dietary fibre in the kidney beans forms a gel-like substance in the stomach which prevents cholesterol and its re-absorption into the body.

As kidney beans have a low glycemic index, the blood sugar levels are balanced and hence reduces the risk of diabetes.

Kidney beans contain manganese which is very crucial in boosting metabolism and breaking down the nutrients to produce energy.

The Vitamin B1 in rajma improves cognitive functions in a person. Regular consumption of kidney beans or including in your weekly diet ensures proper functioning of the brain. You can consist of kidney beans in your kid’s tiffin as it enhances concentration and memory

These reddish-brown beans can be easily added in whatever seasonings they are cooked in. With a high quantity of folic acid, calcium carbohydrates, proteins and fibre, rajma nutrition is rich and apt for including in your diet menu.