The Medicinal Value of Ginger and its Uses - 24 Mantra Organic

The Medicinal Value of Ginger and its Uses - 24 Mantra Organic 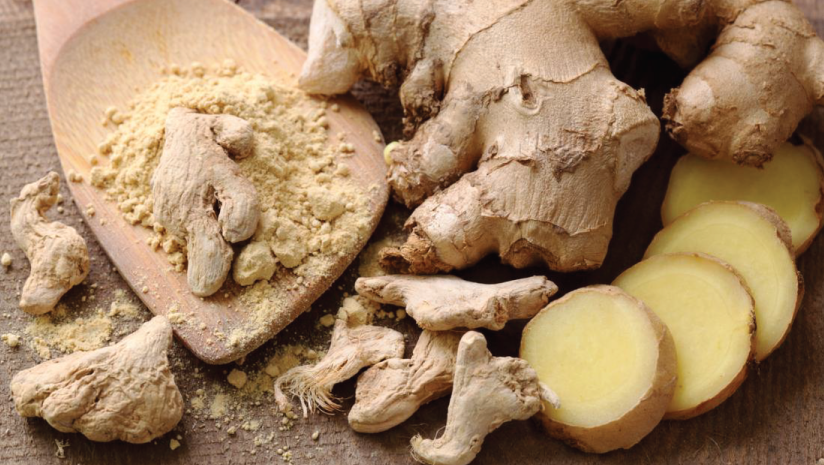 Medicinal Value and Uses of Ginger

Ginger, the zingy spice belonging to the Zingiberaceae family, is a close relative to galangal, cardamom, and turmeric. One can use it fresh, juiced, dried, powdered, or as an oil. Chinese alternative medicine and Ayurveda have been praising the medicinal value of ginger for centuries. Amongst the many bioactive compounds and natural oils present in ginger, gingerol is the main chemical responsible for its medicinal properties.

While ginger is not sprayed directly with pesticides or chemical fertilisers, it can absorb these toxins from its surroundings. Hence, organic ginger, in its fresh, dried, or powdered form, is the best variant of ginger as it retains the goodness of the root.

So, without further ado, let’s take a look at the medicinal value of ginger along with a few use cases.

The Medicinal Value of Ginger

Ginger possesses antibacterial, anti-inflammatory, and antiviral properties aside from other healthful components. In this section, we will take a look at ginger’s medicinal value along with the research supporting these claims:

Dyspepsia, or chronic indigestion, is a common condition characterised by recurring pain or discomfort in the upper section of the stomach. The delayed emptying of the stomach is the primary cause of this condition. Clinical trials led by Dr GH Micklefield were successful in demonstrating the effect of ginger in speeding up gastroduodenal motility. Similar results were seen in a 2011 study published in the World Journal of Gastroenterology. Thus, the medicinal value of ginger can help empty your stomach more efficiently.

Ginger’s medicinal value for relieving nausea, especially morning sickness is well-known. According to a Scientific Review of 12 studies, 1.1 to 1.5 grams of ginger can significantly relieve the symptoms of morning sickness. However, administer this dosage closely as excessive ginger can also reportedly lead to miscarriages.

Apart from aiding pregnant women, it was also found to be effective in cancer patients undergoing therapy.

The medicinal value of ginger is used widely to ease the symptoms of common cold or flu. A 2013 study published in the Journal of Ethnopharmacological stated that fresh ginger could protect the respiratory system from the RSV virus. Gingerol is also attributed to ginger’s ability to ward off other viral infections such as periodontitis and gingivitis.

Through a small study, researchers were successful in demonstrating the medicinal value of ginger for its anti-inflammatory effects. Volunteers, who received a daily dosage of 2 grams of ginger reported a decrease in muscular pain by 25%. In another review published in 2016, ginger is said to relieve menstrual pain when it is consumed during the onset of the menstrual cycle.

Science supports ginger’s medicinal value in improving cardiovascular health. For instance, a review discovered that a dosage of 5 grams of ginger could improve the body’s antiplatelet activity. Similarly, another small study proved that ginger extracts could reduce the occurrence of heart diseases and abnormalities in rats suffering from diabetes.

Scientists, in a 2015 study published in the Journal of Osteoarthritis and Cartilage, reached a conclusion that orally ingesting ginger is the best and most efficacious way of treating the inflammation caused by osteoarthritis. On the other hand, a 2017 review of 16 clinical trials claimed that phytochemicals imparted the medicinal value of ginger that fights inflammation.

While ginger may not be a significant source of vitamins and minerals, it is rich in antioxidants, especially 6-gingerol. As a result, it can combat several forms of oxidative stress. As the antioxidants combine with free radicals and neutralise them, ginger can, in turn, protect high-risk individuals from developing cancer. This property was studied and reviewed in a 2013 publication that studied the effect of ginger extracts on colorectal cancer.

Free radicals can also affect the cognitive functioning of the brain. Hence, several studies claimed that ginger could protect the brain from age-related cognitive decline. An evidence-based study of 60 women was successful in correlating ginger with an improvement in working memory and reaction time.

You can add fresh ginger to your diet or make herbal tea using freshly grated or powdered ginger, water, and honey. However, closely monitor your dosage as excess ginger may have results opposite of what you would expect. Due to the ginger medicinal value, it rightfully deserves the tag of a superfood!