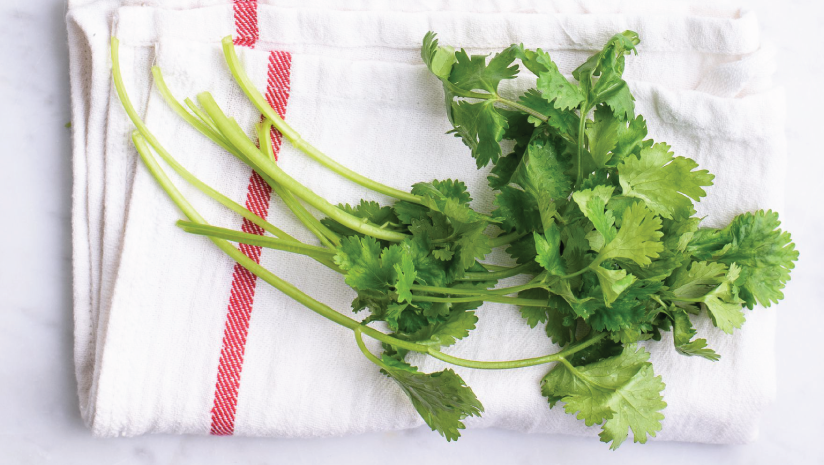 Coriander or cilantro, or Chinese parsley, is a flavourful and aromatic herb that is used in a variety of dishes. It belongs to the Coriandrum sativum family, which is closely related to celery, carrot, and parsley. Apart from imparting a freshness in every dish that it touches, there are also many coriander health benefits. These health benefits are not limited to just the coriander leaves. You can draw these advantages through coriander leaves, seeds, extracts, and even essential oil.

Thus, whether you are consuming coriander in the form of soup or chutneys, or applying it to your face as a mask, here are the coriander leaves and seeds benefits of doing it.

Here is a quick look at the many coriander health benefits:

High blood glucose levels can put you at risk of type 2 diabetes.

However, out of the many coriander health benefits, lowering blood sugar levels is one of them. Surprisingly, coriander is so potent in reducing glucose in the bloodstream that those on diabetes medication are advised to practice caution while consuming coriander!

An animal study of 1999 was successful in demonstrating the enzymatic action of coriander, which contributed to its hypoglycaemic effects. A single dose of coriander extract measuring 20mg per kg of body weight was successful in decreasing blood glucose by 4mmol per litre within six hours. A similar study conducted a decade later noted that in addition to the above effect, coriander seed extract also increased the release of insulin.

As such, incorporating coriander in your diet could be the key to managing your blood sugar levels.

Free radicals can cause damage to your body at a cellular level. However, the presence of antioxidants can neutralise these free radicals and limit (and sometimes even reverse) their impact. Antioxidants can also ease inflammation and retard the cancerous tumour growth.

Studies have discovered the presence of powerful antioxidants, such as tocopherols, quercetin, and terpinene, in coriander responsible for its health benefits. These antioxidants display neuroprotective, immune-boosting, and anticancer properties in animals, and promise the same in humans too.

One of the lesser-known coriander health benefits is its ability to improve cardiovascular health. Some test-tube and animal studies indicate that coriander could potentially lower risk factors, such as high LDL cholesterol levels or high blood pressure, typically associated with heart diseases.

Studies suggest that as a powerful diuretic, coriander flushes out the excess water and sodium from the system, which helps maintain regular blood pressure. Another research was successful in documenting the bad cholesterol-lowering properties of coriander seeds.

It may as one of the shocking coriander leaves benefits, but coriander offers protection from degenerative or age-related conditions. Brain-related ailments, such as Multiple Sclerosis (MS), Alzheimer’s, Parkinson’s are a result of inflammation to the brain and nerve cells.

Several animal studies support the role of coriander in cognitive health benefits. A 2017 study suggested that the antioxidants present in coriander prevents neuronal damages in pentylenetetrazole-induced seizures in rats.

Similarly, the memory-improving property of coriander was successfully discovered in a 2011 animal study conducted on mice. Another study of the same year demonstrated coriander leaves benefits in managing anxiety.

Ancient Iranian medicine administers coriander to stimulate appetite and improve gut health. The same was demonstrated in an animal study where rats were given 100 to 150 mg per kg of coriander, and they consumed more food than the control group.

Furthermore, an 8-week study conducted on 32 people with IBS (Irritable Bowel Syndrome) supported its claim for improving digestive health. In the study, subjects consuming coriander oil noticed a significant decrease in abdominal discomfort, pain, and bloating in comparison to the placebo group.

Coriander health benefits for the skin range from treating mild rashes to conditions like dermatitis. A Malaysian study discovered that the application of coriander extract improved the efficacy of diaper rash soothing agents. Thus, it can bring down skin inflammation.

Given that coriander is loaded in antioxidants, it comes as no surprise that it can undo years of cellular damage caused by UVB radiation or free radicals. The coriander leaves benefits extends to whether you consume the leaves or apply them topically. You can add coriander oil to your skincare products or apply its juice directly over your skin to treat breakouts, oiliness, dryness, and pigmentation.

You can enjoy the above coriander health benefits by adding it to your diet in several forms and ways. For instance, you can use coriander seeds to prepare herbal tea or use fresh coriander leaves for a detoxifying juice. Either way, it would be best to consume this wonder herb in its organic form as it is nutritionally superior to its non-organic counterparts.