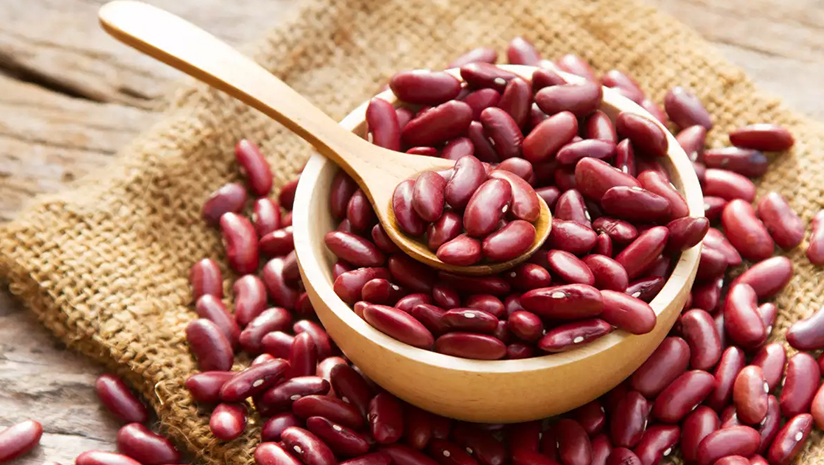 Who would have thought that a nationally revered variety of beans doesn’t even have roots in India? The red kidney beans, distinguished as Rajma in the Indian subcontinent, are actually claimed to have originated in the South American country, Peru. Belonging to the legumes family, the pulses are part of a larger group of ‘common beans’ cultivated almost 8000 years ago.

Although Rajma is a favourite staple across India, it is predominantly consumed in North Indian households. It is also known for its various nutritious benefits. Aside from being a major source of protein, red kidney beans are noted for their fibre, carbohydrates, iron, vitamins and mineral content among others.

This article will endeavour to examine the numerous rajma health benefits and how you can inculcate it into your daily diet.

As red kidney beans are a plant food, it has zero cholesterol and is naturally low in fat content. And because Rajma has low levels of saturated fat, it will not contribute to the clogging of your arteries (as opposed to foods filled with saturated fat). But how else does eating Rajma help your body? Let’s find out:

Source
As mentioned earlier, red kidney beans bring about a great deal of improvement to your health because of its nutritional content. Rajma is an excellent source of Vitamin B9 (this would come in handy if you’re pregnant) and it contains high levels of phosphorus, calcium and magnesium as well. Now let’s look at all the nutrition that a cup of cooked Rajma would give you.

How can you add Organic Rajma into your Daily Diet?

The amazing thing about red kidney beans is the fact that not only is it healthy and nutritious, but it is also extremely delicious (no matter what kind of dish you decide to prepare with it). There are so many ways you can cook  organic rajma and still walk away completely satisfied and unworried about your health.

Here’s a look at some of the ways you can whip up a Rajma-based recipe into your everyday diet.

Rajma health benefits – the list is endless, and there is always something more to add. It is quite natural, therefore, to understand why this bean variety is such a favourite of many. It is the perfect combination of wholesome, delectable, healthy and nourishing, all in one.

Try 24 Mantra’s Rajma and enjoy the benefits of Rajma!