Benefits of Ginger Water: How to Make, Risks, and More - 24 Mantra Organic

Benefits of Ginger Water: How to Make, Risks, and More - 24 Mantra Organic 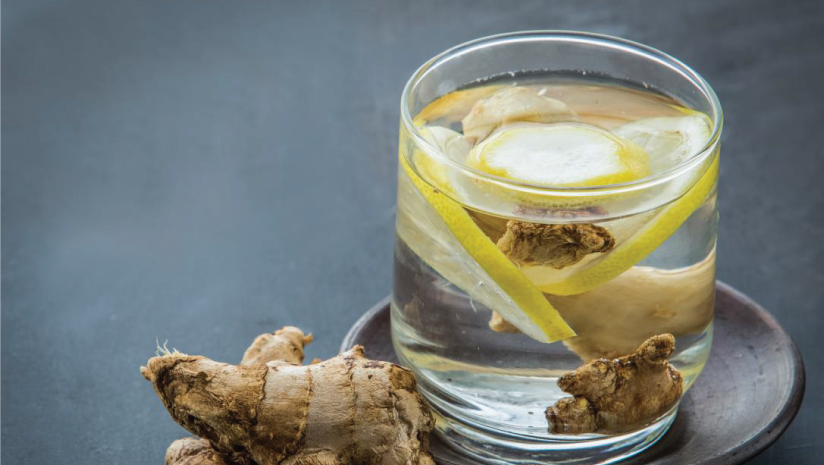 Ginger tea or ginger water is prepared by boiling ginger in water. It is one of the most comforting beverages in the world. One can say it may be due to the bioactive chemicals, which impart the benefits of ginger water in the drink. Others believe that it restores the Yang or balances the Vata by stimulating the Kapha dosha through Agni.

Regardless, the mere thought of sipping on the warmth of ginger water can put a restless mind to ease.

In addition to the psychological relief, ginger water also offers several health benefits from relieving period pain to boosting weight loss. Since the benefits of drinking ginger water are aplenty, we are here to explore the same.

How to Make Ginger Water?

Here’s how you can make ginger tea:

Other variations of ginger water include:

You may even prepare the ginger water in bulk and store it in your refrigerator.

The following are the benefits of ginger water:

The benefits of drinking ginger water to relieve general nausea, motion sickness, and morning sickness may sound like old wives’ tales. However, it is an evidence-based fact that ginger water can provide relief during pregnancy or chemotherapy-induced nausea and vomiting.

Ginger water, when taken on an empty stomach, can detoxify the body. Additionally, it also boosts the metabolic activities and prevents blood sugar spike – all of which, promote satiety and improves the fat absorbing capabilities of the body. Hence, it promotes weight loss.

One of the many benefits of drinking ginger water is the release of antioxidants in the system. As a result, it rejuvenates the skin and improves the health of your hair. The detoxification purifies the blood and nourishes the body from inside out.

Ginger possesses anti-inflammatory effects, which reflect in the benefits of ginger water. Additionally, the antioxidants present in ginger water also reduce the oxidative stress that may hamper the body’s performance. Hence, whether you have a sports injury or an autoimmune disorder, such as arthritis, ginger water can help you recover.

The phytonutrients and antioxidants present in ginger water protect the body from chronic conditions and infections. It may even prevent the onset of neurodegenerative diseases, such as Alzheimer’s.

Now that you know about the benefits of drinking ginger water, here are a few things to keep in mind:

An Indian proverb says, “Everything good is found in ginger.”