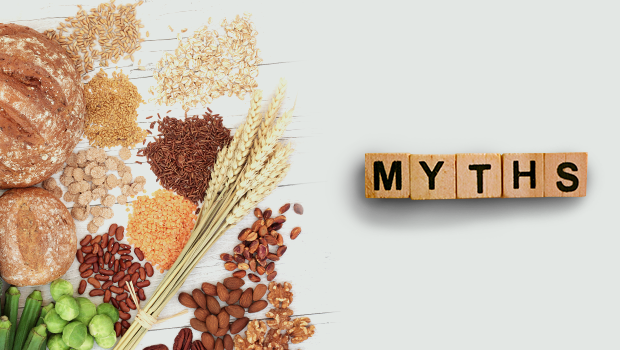 Put on your detective’s hat and cape for it is time to bust some myths. Rumours about Organic Food have ravaged our minds for long enough. We say it is time to put an end to this and separate the facts from the fad.

Myth 1 # Pesticides are Not that Bad

Let us take you back to 2001 when DDT was banned as a pesticide worldwide under the Stockholm Convention. Reason for ban – its dangerous to wildlife and the environment. It is also believed to be a potent carcinogen and is classified as a persistent organic pollutant as it accumulates in fatty tissues. Interestingly, DDT was discovered in the 1940s and it took us nearly 60 years to figure out how dangerous it was. So, it’s safe to say that even the pesticides that are considered safe may not be as safe as we think.

It’s true that organic food is costly than its non-organic counterpart in majority of cases, and for good reasons. But if you plan the switch to organic smartly and buy in wholesale then you can easily manage your budget as well as your health.

Myth 3 # Natural and Local are As Good as Organic

It may be true, it may not be. There’s no guarantee. While natural doesn’t mean anything specific, all that local implies is that food was sourced from some farmer in your region. Neither of these labels promise the chemical free benefits that Organic Food has to offer.

Myth 4 # Environmental Benefits of Organic are a Marketing Hype

How about we give you some facts and you decide this for yourself?

2) Crop Rotation and other such methods are deployed during organic farming to avoid soil erosion and ensure that the soil retains all its nutrients.

3) Natural habitats are not destroyed but promoted during organic farming enabling the local ecosystem to thrive.

But the real question is, if organic food is so good then why isn’t it used regularly? Although the organic market has been growing at a steady pace, it’s still just a speck compared to conventional food industry. One of the main reasons for that may be the increased manual labour it takes to grow organic food. Also, many farmers note a dip in production when they first switch to organic. Studies suggest that it may take as many as 5-10 years to reach the same produce level when a farmer switches to 100% organic farming methodologies. As the supply continues to be limited, so is the demand and consumption. The organic food market has a lot of friction to overcome and it’s going to take at least a few years. All said and done, until then, it won’t be prudent to compare non-organic food consumption with that of organic.

Explore 200+ tasty and nutritious ways in which 24 Mantra can help you lead a healthier lifestyle. Choose organic, choose healthy.