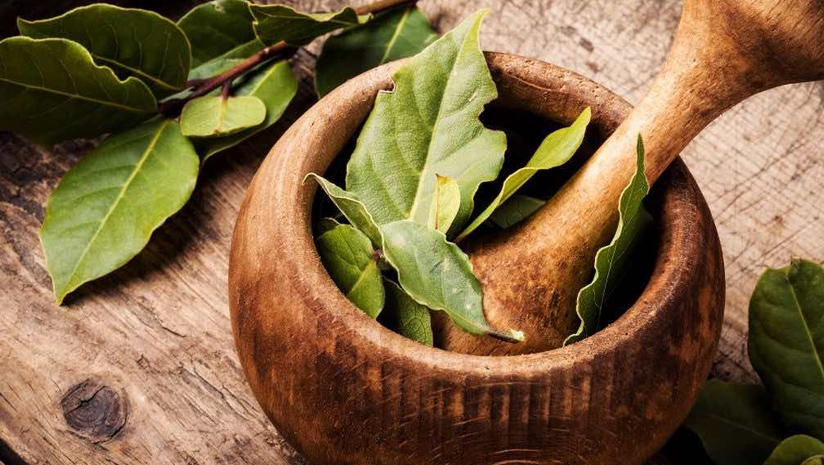 Organic bay leaf is a common tempering herb used in Indian cooking. It is used for its aromatic flavour and is added in several slow-cooking dishes such as stews, soups, pulao, and biryani. Even though it is removed from the dish before serving, it can provide several nutrients that keep many chronic diseases away.

For instance, the dietary fibre content in organic bay leaf aids digestion and promotes a healthy gut. That is why there are a growing number of people who are consuming organic bay leaf tea. There are also other health benefits of using bay leaves in everyday cooking. In this article, we’ll explore the top five medicinal uses of bay leaves, their nutritional value, and take a closer look at this nutrient-dense herb.

What exactly are bay leaves?

Bay leaf, also known as laurel leaf, is the leaf of Laurus nobilis tree, an evergreen tree of the Lauraceae family. It is commonly found in hot and humid countries such as India, Spain, Thailand, etc. It has been used throughout the history of mankind for its medicinal properties.

Despite that, many people are unaware of the medicinal uses of bay leaves. In Ayurveda, bay leaf is considered as a ‘home remedy’ for curing several health issues. It is used as a diuretic and a diaphoretic, a substance that increases sweating.

Organic bay leaf is a dense herb that is rich in several essential minerals and vitamins. Here is an overview of the nutritional value of bay leaves:

One of the many medicinal uses of bay leaves pertains to the herb’s ability to prevent cancer. A new study has claimed that bay leaf extract is a natural remedy that can prevent or even cure breast cancer [1]. The study found that bay leaf extract can assist in apoptosis, or programmed cell death, to kill cancer cells.

2. A solution for diabetes

A study in 2009 claimed that daily consuming 1-3 grams of bay leaves can reduce and manage glucose and cholesterol levels in a person suffering from diabetes [2]. That is because the herb contains powerful antioxidants called polyphenols. Organic bay leaf has the potential to regulate and prevent diabetes along with other cardiovascular diseases.

Using bay leaf for treating wounds is an age-old tradition. That is why the medicinal uses of bay leaves also include using the extract of the leaf to reduce inflammation around the wound [3].

A study has proved that bay leaf can help treat kidney stones by reducing the amount of urease in the body [4]. Urease is an enzyme in the body that cause various gastric disorders, including kidney stones, if out of balance.

According to ancient texts, bay leaf is an effective treatment for seizures. The extract of the leaves has unique chemical components that can prevent and treat other brain disorders such as epilepsy [5].

The medicinal uses of organic bay leaves are many. From treating minor wounds to preventing life-threatening conditions such as cancer and brain disorders, organic bay leaf is full of nutrients and should be included in daily diet.