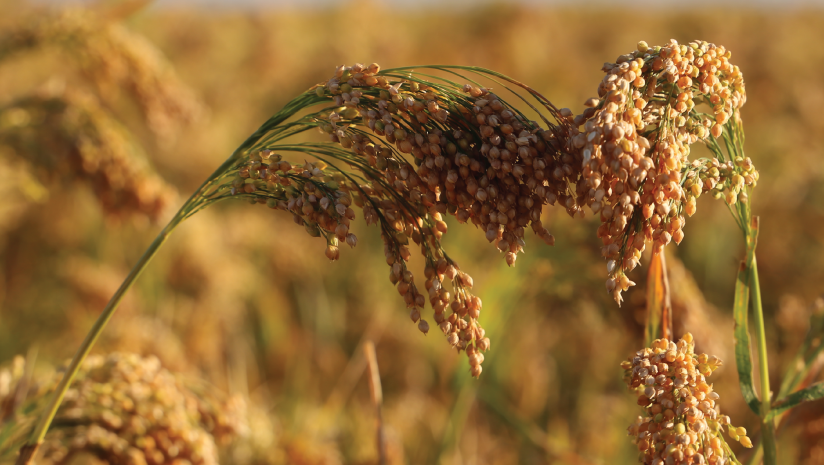 All you need to know about millets

Recent times have seen an increase in lifestyle diseases like obesity and diabetes. When our food choices become the leading cause of aggravating several health complications, it’s time to go organic.

India is home to many organic food grains. And one such lesser-known organic superfood is millet. An excellent source of protein, fibre, and antioxidants, millets are becoming increasingly popular in the west.

Attributes and Type of Millets

Millets are small, round whole grains, grown and eaten in the Indian subcontinent for thousands of years.

These rain-fed, hardy grains can survive even in drought and less fertile soil making them perfect for both human and livestock consumption.

Naked grains include the three popular millets- Ragi, Jowar, and Bajra. These do not have hard, indigestible husks and hence require no processing after harvest.

Owing to this quality of the naked grain, they are very popular in India. Because of their wide cultivation, they have also come to be known as major grains.

Husked grains, on the other hand, have an indigestible seed coat that needs to be removed before consumption.

All millets are renowned for their high nutritional value and several health benefits.

Like most cereals, millets are rich in carbohydrates and fibre. They are also packed with many vitamins and minerals, including calcium, iron, phosphorus, etc.

One cup (174 grams) of millet contains the following nutritional properties:

Millets have more essential amino acid content than most other cereals. Amino acids are the building blocks of protein. Millets also boast of high calcium content which is essential for good bone health and proper nerve functions.

Hence, there is no reason why millets shouldn’t form an integral part of your daily diet. They store a lot of nutrients in their seeds, adding variety and balance to your food.

People consuming gluten-free millets have enormously benefited in controlling weight and diabetes by including it in at least one of their meals.

Millet, in its natural form, is gluten-free. However, inherently gluten-free grains are also at risk of cross-contamination from gluten-containing wheat, barley, and rye.

Their consumption can lead to inadvertent gluten intake.

This potential risk of contamination is a health concern for people with celiac disease who are required to follow a gluten-free diet. So always check the label to confirm that you’re buying gluten-free millets.

Millets are rich in phenolic compounds such as ferulic acid and catechins. These molecules act as antioxidants and protect your body from harmful oxidative stress.

The darker coloured millets such as a finger, proso, and foxtail millet, are found to have more antioxidants than their lighter counterparts.

High in fibre and non-starchy carbohydrates, millets keep blood sugar level in check. They also have a low Glycemic Index(GI), which makes them an ideal grain for people suffering from diabetes.

Research has shown that replacing a rice-based meal with millet ones have lowered blood sugar levels in many diabetic patients. A decrease in insulin resistance was also found in those patients.

Many of the most powerful health benefits of consuming millets are related to its high fibre content.

In addition to lowering cholesterol levels, the fibre content of millet also reduces blood pressure. In doing so, it reduces the risk of heart attack keeping your heart healthy.

For people with celiac disease, gluten can be a disaster. It can trigger harmful digestive symptoms such as diarrhoea or nutrient malabsorption. Such people are advised to consume gluten-free millets.

Millet is also a viable choice for people following a gluten-free diet.

The Potential Downside of Millets

Although gluten-free millets have multiple health benefits, an excess quantity of it can have ill effects on your health.

Millets also contain anti-nutrients compounds that can reduce the body’s absorption of other nutrients, leading to nutrient deficiencies.

Phytic acid is one such compound that interferes with the absorption of potassium, calcium, iron, zinc, and magnesium.

Goitrogenic polyphenols are other anti-nutrients found in millets. They have been found to impair thyroid function, causing enlargement of the thyroid gland in some people. This condition is called a goitre.

Nevertheless, one need not worry about any side effects of millets if consumed in moderate quantity along with a balanced diet.

Organic Millets are not only good for you but for the environment too. By consuming organic millets, we encourage farmers in arid areas to grow crops best suited for those regions.

This method also improves soil fertility, making plants stronger and enabling them to fight off pests and diseases.