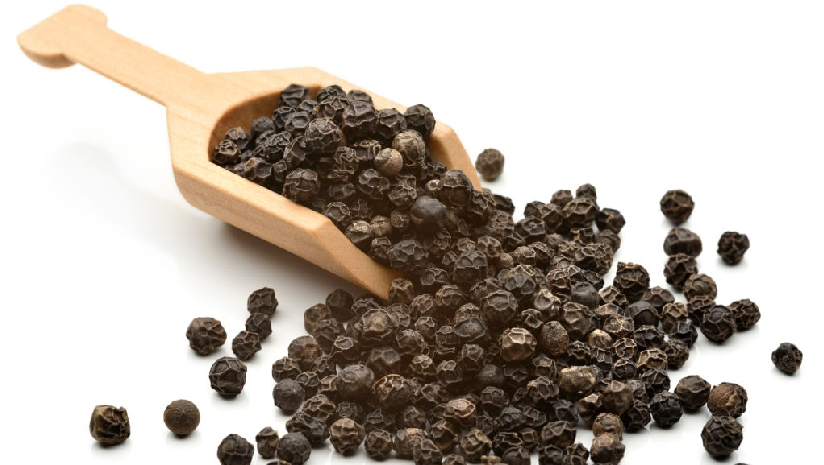 Black pepper is perhaps the most versatile spice used in Indian households. On being added, it instantly enhances the flavour of any recipe and also augments its nutritional value. But, do you know that there are 5 varieties of black pepper that you can get in the market?

There are over 600 varieties of the pepper spice but only a few are generally used as spices or in other applications. Vietnam is by far the largest exporter of black pepper with India being the largest consumer.

The black peppercorn is one of the most commonly found variety but the other variants too have found a place of their own. In this post, we will be looking at the different types of black pepper that you can get and how are these obtained from their sources.

Black pepper is usually found in the form of small pellets that are either put as a whole or used in its ground form. With India being the largest pepper consumer globally, this calls for increased awareness among the masses that consume primarily the black pepper variety. Here are the 5 types of black pepper that are available in the market today.

It also has anti-inflammatory properties and may help patients suffering from arthritis. Whichever pepper variant you choose, it is highly recommended that you opt for the organic variety.

Organically grown peppers are free from harmful chemicals or pesticides that are normally used in their non-organic counterparts and have a relatively rich nutrient profile.

Moreover, people who are conscious about the growing toxicity on agricultural lands may find solace in organic farming as every crop is grown using sustainable agricultural practices that benefit the planet in the long run and do not hamper the natural flora and fauna.

5 Health Benefits of Raisins with Milk for Your Little Ones