A Systematic Comparison of Brown Sugar vs Jaggery - 24 Mantra Organic

A Systematic Comparison of Brown Sugar vs Jaggery - 24 Mantra Organic 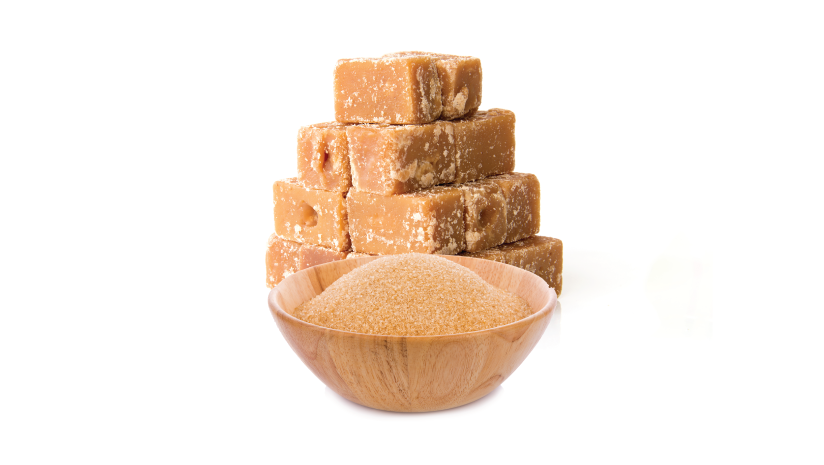 Brown Sugar vs Jaggery: Which Natural Sweetener is Healthier?

Are you stuck in a brown sugar vs jaggery debate? Both sweeteners are marketed as a healthier sugar alternative as they contain a healthy amount of vitamins and minerals. However, if you were to choose between the two, which one would be your pick? Would it be the deep and intense brown sugar? Or the very homely jaggery?

In this post, we will explore a few factors to help simplify this decision.

Brown Sugar and Jaggery: What Are They?

Even though brown sugar and jaggery share a similar colour, they are vastly different from each other. We will kick off the brown sugar vs jaggery comparison by defining the sweeteners and their manufacturing process:

Sugarcane juice is first extracted, filtered, and heated to form a thick, concentrated syrup that is known as molasses. Sugar crystals are then produced through a centrifuge process. Refined white sugar is further purified using bone char until all the remnants of molasses and any other impurity are removed from it.

Jaggery is an unrefined sugar native to regions in Asia and Africa. It is prepared from a non-centrifugal process and is locally known as gur/gud in India. However, it goes by several names around the world, such as:

Manufacturing gud from date palm sap is also a common practice in addition to the usual preparation using sugarcane juice.

Brown Sugar vs Jaggery: Both the products are head to head in this comparison, with one outdoing the other in one aspect but falling short in another aspect. Hence, it is a tie.

In terms of calorie density, 100 grams of brown sugar and jaggery supply 380 kCal and 383 kCal of energy respectively. As such, the difference between the two is only marginal. Additionally, the energy delivery is at par with that of sugar, hence, both the items must be consumed in moderation.

Brown Sugar vs Jaggery: The Verdict – Brown sugar emerges victorious with a close edge of 3kCal.

In this section, we will review the glycaemic index and glycaemic load of brown sugar and jaggery.

The Glycaemic Index (GI) is a value that indicates the ability of the carbohydrates in the food to raise blood glucose levels. Accordingly, GI scores in comparison to glucose (GI=100) are qualified high (for GI greater than or equal to 70), moderate (for GI score 56 to 69) and low (for GI score less than or equivalent to 55).

On the other hand, Glycaemic Load (GL) is a more scientific concept that multiplies the GI with the total net carbohydrate (carbohydrates minus dietary fibres) content per portion, divided by 100. Thus, it quantifies the blood sugar response for food items that have the same GI but varying carbohydrate levels.

The GI and GL for 100 grams each of brown sugar and jaggery are as follows:

Brown Sugar vs Jaggery: The Verdict – The GI and GL of jaggery range in the “high” levels, while the same score for brown sugar is in the “moderate” levels. Hence, brown sugar is better.

Brown Sugar vs Jaggery: Who Wins?

By now, you would have understood that brown sugar only performs marginally better than jaggery in the head-to-head brown sugar vs jaggery comparison. However, they are both essentially simple carbohydrates and are similar to sugar. Thus, it all boils down to personal preferences and availability of the product. However, consume them in moderation if you wish to follow a healthy lifestyle.

On the other hand, if you genuinely wish to increase their health factor, you can purchase organic brown sugar and jaggery as they are less processed and refined. Use brown sugar or molasses in any application, and you will get sweet results!