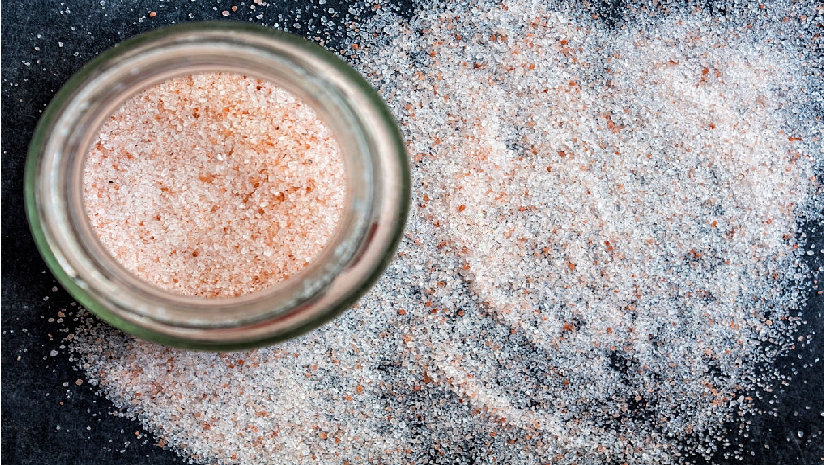 Everything you need to know about Himalayan and Sea Salt

Salt is inarguably one of the most important food product. It is so deeply entrenched in our daily meals that we almost take this ingredient for granted in every dish that we prepare.

It is such an important condiment in dishes that its lower than required quantity may render the dish unappealing and bland.

Salt is not just used in savoury dishes, but also highly used in sweet dishes as well due to its flavour enhancing properties. There are many varieties of salt available in the market today but in terms of consumption, the Himalayan salt and sea salt comfortably rest at the top of the list. Also, the organic variant of the Himalayan salt and sea salt is even better due to them not being treated with harmful chemicals during the purification.

Both the salt varieties have sodium chloride as their main constituent but this is where the similarities end. Sea salt tends to have a clear white colour but the Himalayan salt has a rosy pink accent to it.

They also differ slightly in taste and texture but can be used almost interchangeably across dishes.

The Himalayan salt vs sea salt debate is slowly picking up steam as people are getting increasingly aware of the health benefits of this pink condiment. But, what exactly is the difference between rock salt and sea salt, and which variety is more healthy?

Before we begin with the analysis of Himalayan salt vs sea salt, let’s have a look at what these salts are exactly and how their sourcing techniques differ.

What is Sea Salt?

Sea salt is without any doubt, one of the widest consumed salt variety across the globe. It has a white colour and a powdery texture. Salty water sourced from lakes or sea is evaporated in large vessels until the water dries out completely, leaving behind minerals and sea salt.

Sea salt’s nutrient profile may vary, depending on the source of water and it has a coarse texture. However, owing to the wide-spread ocean pollution, sea salt may also contain traces of heavy metals such as lead, and micro-plastics.

Although no long-term research has been carried out regarding the health effects of microplastics in food products, a study published on the NCBI concluded that the health risks are low as of now.

What is Himalayan Salt?

Unlike sea salt, the Himalayan ‘Pink’ salt is obtained from large salt mines situated in the eastern Punjab region in Pakistan. It has a pink colour due to the presence of iron oxide (rust) in the salt.

If we talk about Himalayan salt vs sea salt in terms of nutrient content, the Himalayan salt emerges as a clear winner due to its trace mineral content.

Since the Himalayan salt is sourced from mines, it is a non-renewable and finite resource that will surely get depleted over time.

However, many people actually prefer the taste of Himalayan salt over other salt varieties due to its trace mineral content which makes it perfect for seasonings and the pink colour can make any dish visually appealing.

A majority of earth’s salt is obtained either by mining or evaporating salty seawater to retrieve the dissolved salts.

Aside from its widespread use in foods, salt also finds its application as a preservative and is used in preserving pickles and other savoury food items. The primary difference between rock salt and sea salt comes down to their nutrient profiles and texture.

According to studies published by the NCBI, sea salt is highly rich in iodine, a crucial element in brain and thyroid function whereas the Himalayan pink salt contains a range of trace minerals that help in assisting numerous bodily functions.

Below are some of the key differences between both the salt varieties that can help you in choosing the clear winner in this Himalayan salt vs sea salt debate.

These are some of the major differences between these two widely consumed salt varieties. Himalayan salt inarguably is healthier and can serve as an effective replacement for sea salt.

Although food critics will still be mulling over the Himalayan salt vs sea salt argument, these facts make every aspect pertaining to these two varieties crystal clear.