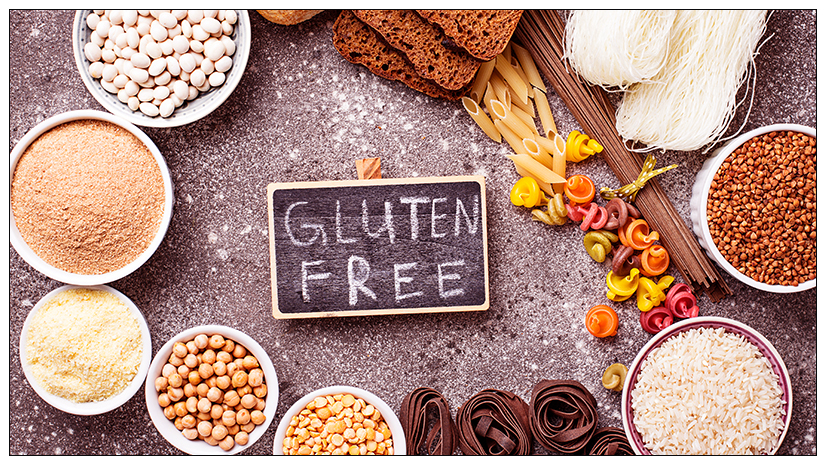 Wheat is a cereal and is one of the three most important crops cultivated in the world. The most important reason why wheat is so popular is that wheat can be made into several products such as bread, flatbreads, various bakery products, and pasta. This ability of wheat is because of the viscoelasticity property of the dough.

The wheat grain contains 8%–15% of protein. The major constituent of wheat protein is gluten (85 – 90 %) and the remaining is albumin/globulin (10-15 %). Gluten is the major storage protein of wheat grains that is deposited in the starchy endosperm cells of the developing grain. Gluten is a complex mixture of hundreds of related but distinct proteins, mainly gliadin and glutenin.

The viscoelasticity of wheat dough is what determines the end use of the grain quality. The grain proteins determine the viscoelastic properties of dough, especially the storage proteins that form a network in the dough called gluten.

Gluten proteins are the determining constituents of the unique baking quality of wheat because of their water absorption capacity, cohesivity, viscosity and elasticity in dough.

The two main components of gluten, gliadin and glutenin have different roles to play in gluten viscoelastic property.

Gluten fractions based on solubility

Both fractions consist of closely related protein components characterized by the high content of amino acids glutamine and proline contents.

Gluten is heat stable and has the capacity to act as a binding and extending agent and is commonly used as an additive in processed foods for improved texture, moisture retention, and flavour.  One may find gluten in processed meat, vegetarian meat substitutes, ice cream, butter, seasonings etc.  It may also be used as part of fillers and coatings used in medications or confectionary.

Gliadin which is a component of gluten contains peptide sequences that are highly resistant to gastric, pancreatic, and intestinal proteolytic digestion in the gastrointestinal tract. These peptides cause several problems in the digestive system of susceptible people.

Celiac disease, also known as “celiac sprue”, is a chronic inflammatory disorder of the small intestine. It afflicts susceptible people when they consume gluten-containing products. It is an autoimmune disorder that occurs by an abnormal adaptive immune response against gluten-containing grains in vulnerable individuals.

The only way to treat this problem is to go on a gluten-free diet for life. Sometimes gluten-free cereals also may acquire some gluten if they are milled in the same facility as wheat or even grown in the next field. Celiac disease patients need to be educated on these things so that it helps them to follow a gluten-free diet.