Is Millet Better than Rice? Find Out Here! - 24 Mantra Organic

Is Millet Better than Rice? Find Out Here! - 24 Mantra Organic 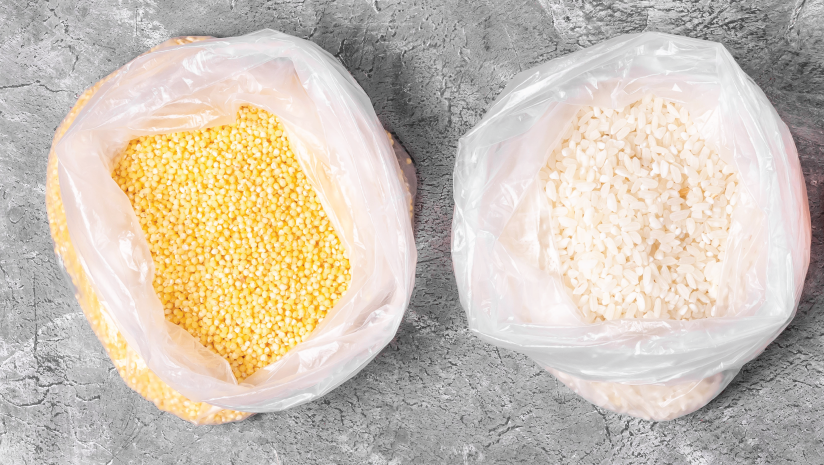 Millets vs Rice – which is better?

Is millet better than rice? Which one should you consume more- rice or millet? Earlier, people used to wonder what millet is. Millets are a cereal that is harvested in the tropical regions of Asia and Africa and is a sustainable food option for both animals and humans. Organic millets are totally free of chemicals and safe for health.

This grain or cereal crop became known from the time when studies about obesity and diabetes raised doubts about the nutritional content of rice. So if you want to lose your weight and you are wondering which grain to have, then you are in the right place. The debate on Rice vs Millet is a never-ending debate and is hardly simple.

Is millet better than rice: Understanding the difference:-

Before understanding the difference between the two, one must know about rice. In most places, rice is considered the staple food and it is the main ingredient in many recipes like idli, dosa, and others.

As per studies, it has been established that 490.27 million metric tons of rice have been consumed in the year 2018-2019 all over the world. Though most people consume refined white rice, it is also available in an unrefined form. Black rice is one such example.

Rice is high in carbohydrates (28%) and low in protein (3%). It is also a powerhouse of several essential micronutrients like Vitamin B, Manganese, and Iron.

Millets, on the other hand, is a cereal grain that is mainly used for the purpose of local consumption. It is high in dietary fibre, rich in protein, and essential minerals needed for our body-vitamins, potassium, phosphorus, iron, and magnesium. Therefore, they aid in better digestion and also have a nutritional value similar to that of fruits and vegetables.

Now the question- Is millet better than rice? Earlier, the popularity of millet got diminished because of the prevalence of rice as a staple food. Millets are of several varieties, and most of them are used in the replacement of rice because they are gluten-free and is considered the best alternative for rice.

Though rice continued to be the staple food, consumers are now looking for healthy and better food alternatives. This is the reason why millets have now become popular and an excellent alternative for rice. Millet is a healthier version because it is rich in protein and fibre, which is much more as compared to rice.

A healthy lifestyle is possible if you could opt for unpolished millets. This is because the unprocessed ones are packed with the goodness of minerals and vitamins.

Millet vs Rice: Which one is the best for a healthy lifestyle?

Though rice has significant health benefits, people suffering from obesity or those who are diabetic should consume millets. If you ask- Is millet better than rice, then the answer will be YES! Below mentioned are the reasons why millet is a healthier alternative.

Hence, the main difference between the two lies in their importance and nutritional content.

Nutritional Profile of Millets and Rice:

In this table, you’ll better understand the differences between millets and rice. Also, your question on ‘Is millet better than rice’ will get answered. One serving of cooked millet and rice will yield:

Hence, if you compare the nutritional facts of millet and rice, you’ll find that millets yield more dietary fibre and protein to your body. So it can be considered the healthiest alternative for rice.

Rice or millet: Which one should you eat more?

Now your query on ‘is millet better than rice’ must be answered as the comparisons have been clearly shown in the table. You may want to know which one should you prefer more and why. There are several other factors which clearly say that millet should be consumed more than rice.

Certain researches have proved the effects of having rice. Due to the high glycaemic index, people who consume rice have higher chances of getting type-2 diabetes. Too much consumption of rice is also associated with weight-gain issues or obesity. On the contrary, certain millets have low GI content with various benefits, thus making them the healthiest food choice.

If you are wondering whether you should completely replace millets with rice, then the answer is NO. Everything depends on the quantity that you intake. You can have both in your meals. You can replace refined white rice with little millets or Foxtail millets. Opting for organic millets is always better as they are cultivated without any pesticides.