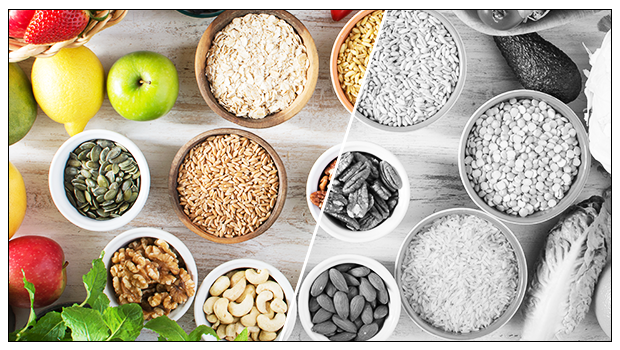 ORGANIC FOOD: ARE THEY HEALTHIER THAN THE NON-ORGANIC COUNTERPARTS?

In today’s highly digitized and sedentary lifestyles, one thing that we need more than anything else to stay healthy is good food. Proper nutrition helps combat several diseases and keeps us energized throughout the day. But can we trust the food we eat to do all of this? How can we be sure that the food is healthy or not?

Organic food’s recent rise to fame is partly because of these reasons only. The supporters of organic food advocate that it’s healthier than their non-organic counterpart. But how healthy are we talking about? Let’s find out!

There is no concrete evidence of increased nutrition in organic food except in certain types of flavonoids, but how about we look at the basics and decide for ourselves. Organic farming is all about maintaining the fertility of the soil and keeping it healthy without using any artificial chemicals. Particular care is taken to ensure that soil is not exploited of all its minerals just to maximize profits. So what should be the result – more fertile soil should yield healthier and more nutritious crops.

Many studies have proven that organic food has lower levels of detectable pesticide residue as compared to non-organic counterparts. High level of allowed pesticide residue in conventional crops makes it difficult to access the exact health impact. But isn’t it healthier not to ingest harmful chemicals or reduce the amount as much as possible compared to the alternative?

Cadmium is a toxic metal present in soil and naturally absorbed by most plants. And it is extremely harmful for humans. Studies suggest that organic grains have significantly less amount of cadmium in them as compared to non-organic grains.

The debate of organic versus non-organic has been going on for years now, and it will be a long time before it’s settled. But one thing is undoubtedly clear – organic farming is significantly healthier for the environment as compared to non-organic farming. And that is a big boon in itself.

Explore 200+ tasty and nutritious ways in which 24 Mantra can help you lead a healthier lifestyle. Choose organic, choose healthy!