What are the unique benefits of cinnamon water? - 24 Mantra Organic

What are the unique benefits of cinnamon water? - 24 Mantra Organic 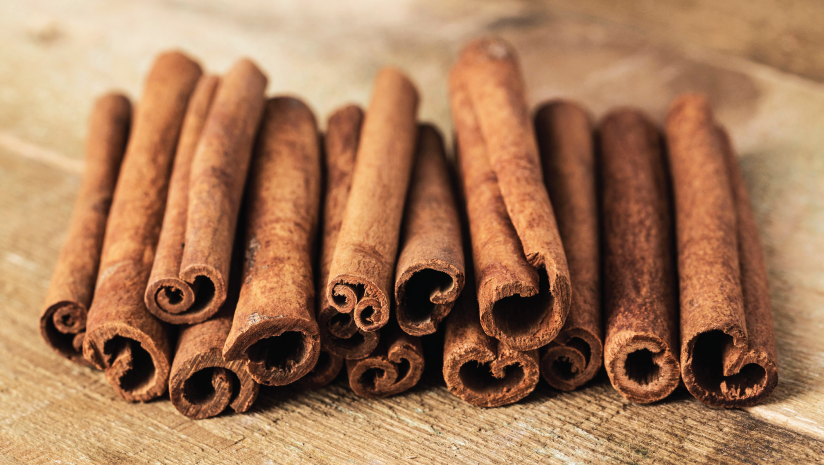 According to several scientific pieces of research, it has been concluded that cinnamon is a powerful medicinal spice which serves a variety of purposes for the human body. From controlling diabetes to working on heart health, there are many benefits of cinnamon which you can count upon. The best type of cinnamon for this purpose is the organic variety which is cultivated without the use of any harmful chemicals and pesticides. This helps to ensure that the spice is safe for consumption for your children and elders.

There are many other health benefits of cinnamon water which lend a helpful hand in treating a variety of underlying issues. You need not be someone with a health condition to start consuming cinnamon water. Even healthy individuals can reap the benefits of dalchini water and obtain its help to keep their body system working at an optimum state.

Let us find out the most effective benefits of cinnamon water which make it worthy of consumption on a daily basis.

Best Reasons To Reap The Benefits Of Cinnamon Water

Hunger sensation in the human body occurs when the levels of glucose in the body are at their peak. By controlling the amount of sugar in the blood, cinnamon ensures that your appetite is satisfied for a longer time. To get the complete benefits of cinnamon water, you can make the infusion of cinnamon in water with honey and brew them for complete saturation. Alternatively, if you would like the drink to be sour, you may add lemon instead of honey.

The incidence of polycystic ovaries is on the rise among women. Due to the underlying hormonal changes that it inflicts on the body, the ovaries tend to form small cysts on its surface. Some studies indicate the benefits of cinnamon water by citing that it can help to reduce such cysts on the ovaries.

Also, cinnamon has a positive action on those who suffer from irregular or heavy periods. It can significantly help to regulate the monthly cycle.

Build Immunity In the Body

One of the major benefits of cinnamon water is its ability to build body immunity. Rich in anti – inflammatory properties, it is a storehouse of polyphenols, proanthocyanidins and antioxidants which can be very useful in building the natural immunity wall of the body. At the same time, it collaborates with the body with its anti – bacterial and anti – microbial actions to control the eruption of fungi and bacteria in the system.

Copes With Cramps Resulting From Menstruation

Cinnamon can give off anti – spasmodic properties to the body, helping to reduce the pain which comes with menstruation. Consumption of boiled cinnamon water greatly helps to limit the occurrence of cramps in the body.

Due to its powerful action on the glucose levels in the body, cinnamon has the ability to control the consequences resulting from diabetes. For those who are highly dependent on drugs to manage their sugar levels, the benefits of cinnamon water are plenty. When it enters the body, cinnamon acts upon the muscle cells which help to convert sugar into energy, ultimately stabilising its levels in the body.

The powerful action of cinnamon helps to lower the levels of LDL in the system. Better known as the bad type of cholesterol, LDL can cause several problems in the body in the long run. Cinnamon acts on the food components which can lead to the formation of LDL in the body, thus reducing its impact.

Many people suffer from a slow digestive system, which makes them prone to frequent stomach problems. The benefits of cinnamon water can help the body to cope with a slow system such as this one and improve digestion. This in turn helps to regulate the intestinal rhythm and controls the incidence of diarrhoea, along with reducing the formation of gas. People who are prone to bloating will find it highly useful to consume cinnamon water regularly for their system.

The benefits of dalchini water do not end here. Due to its potent store of vitamins and minerals, cinnamon can help to ward off regular infections like cough and cold and provide relief from persisting conditions. You will find yourself facing fewer bouts of cold, cough and fever with the use of cinnamon water on a regular basis.

What Is The Best Way To Make Cinnamon Water For Regular Consumption?

To get the complete benefits of cinnamon water, you should ideally brew it for yourself on a daily basis. All it takes is a litre of water and one stick of cinnamon. Simply put the stick in the water and allow it to infuse with the water overnight. The next day, sieve out the pieces of cinnamon stick and store the cinnamon infused water in a bottle and consume it throughout the day.

Conclusion: How Good Is Cinnamon Water For Your Body?

As mentioned above, there is no dearth of benefits which cinnamon water gives to your body. If you are someone who suffers from one or more issues stated above, you can try consuming cinnamon water to notice improved results within a few days. However, even those who do not have any issue with their system can easily go ahead and consume cinnamon water to keep their system under check. It is better to choose organic cinnamon over a regular one for this purpose. This is because it offers greater nutrition per serving when compared with other alternatives and tastes so much more better than them.