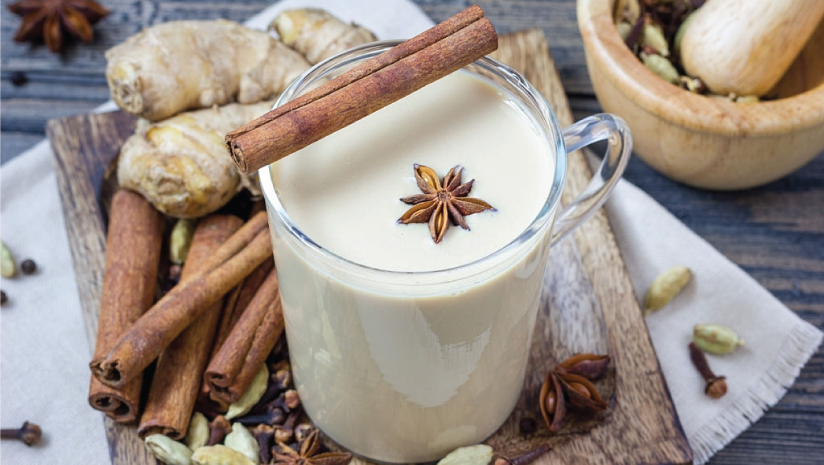 Reasons to Add a Pinch of Cinnamon in Your Coffee

Cinnamon is a powerful spice that entails numerous health benefits for your body. Due to its immense nutrient benefits, cinnamon is highly revered in the health-conscious community who are on a constant lookout for innovative ways to incorporate cinnamon in their everyday diet.

One such highly popular ways to get a healthy dose of this powerful ingredient is by adding cinnamon in coffee. It not only gives your coffee a unique and distinctive flavour, but the health benefits that can be entailed are a cherry on the top!

Cinnamon is highly beneficial for maintaining a healthy and active lifestyle and due to its sweet taste profile, you can even do away with adding sugar entirely. Hence, it is the perfect ingredient for people suffering from diabetes, who are looking to include healthy sweeteners.

Adding cinnamon in coffee is easy. The only crucial thing to remember during the entire coffee preparation process is to identify the stage at which you are required to add cinnamon in your coffee. Let’s begin with the ingredients required in the cinnamon coffee recipe preparation.

As you can see, there are no special ingredients required in the cinnamon coffee recipe and we can skip adding sugar entirely. Now, let’s begin with the steps involved in the preparation of our supercharged coffee recipe!

Wasn’t that simple? It is very easy to prepare the cinnamon coffee recipe which makes it easy to prepare and consume every day. Now that are familiar with the steps involved in adding cinnamon to coffee, let’s have a look at the various benefits that you can enjoy by adding this healthy spice.

Benefits Of Adding Cinnamon In Coffee

There are a plethora of benefits that can be earned by adding cinnamon in coffee. We will be analysing research-based facts that establish the supremacy of cinnamon in the healthy foods domain.

All these research-based facts establish the efficacy of cinnamon in maintaining a healthy body. By simply adding cinnamon in coffee, you can reap all these benefits and many more.

When you are in the market for purchasing cinnamon, just ensure that you opt for the organic variety. Organically grown cinnamon is grown using sustainable farming practices and cultivated with strict adherence to international farming standards.

And to top it off, these are entirely free of harmful chemicals and pesticides which damage the ecosystem and harmful for your body as well. Hence, when you opt for the organic variety, you can be assured of maximum health benefits and do your bit for our planet as well.