Know about the nutritional value of honey- 24 Mantra Organic

Know about the nutritional value of honey- 24 Mantra Organic 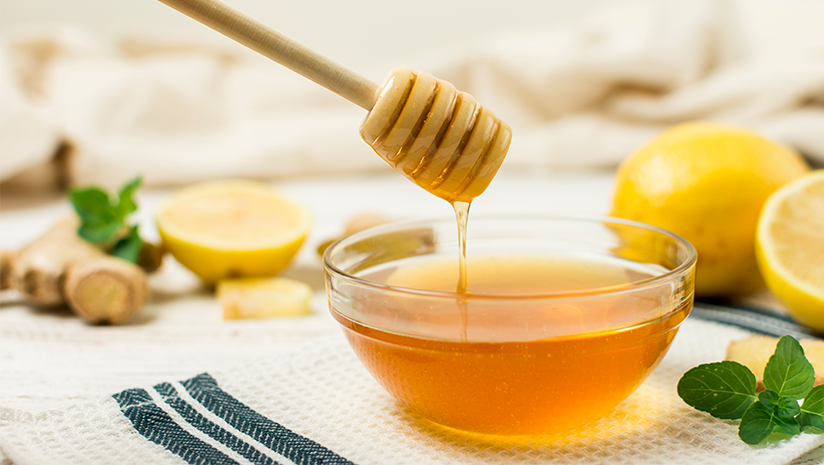 The Ultimate Guide About Honey and All Its Goodness

Before there was sugar, maple syrup, and coconut sugar, there was honey – The first-ever product to be used as a natural sweetener. Not only was it considered the ultimate sweetening agent, but it was also (and still is) one of the healthiest ones by far.

The earliest references to honey were depicted on Egyptian hieroglyphics that can be traced back to 5,500 B.C.E. Today, honey production is at its peak with China being the largest producer. The country cultivates honey amounting to 447 thousand metric tons every year.

Natural honey does not contain harmful chemicals or contaminated substances as is the case with artificial sweeteners, not to mention the fact that it is very easy on the palate. This article will endeavour to discuss everything you need to know about this ancient flavouring agent, including the nutritional value of honey.

How is Honey Extracted?

Honey is extracted through the combined effort of obtaining flower nectar and the upper aero-digestive tract of the honey bee, which then undergoes a process of dehydration inside of the beehive.

The chemical composition of honey solely hinges on its botanical source. According to the National Center for Biotechnology Information, honey has been a source of food as well as medicine since the dawn of ancient civilizations itself.

The Numerous Health Benefits of Honey

Although honey’s natural role extended to aiding in ancient medicinal treatments historically, the sweetener was found to be of use in modern medicine as per recent studies as well. It is even considered an apt beautifying agent.

Honey has, in the past few decades, made an appearance in laboratories and clinical investigations by multiple research groups. The subsequent results indicated that the flavouring agent holds an inhibitory effect on around 60 species of fungi, bacteria including a few viruses as well.

Traditional medicine uses natural honey in the treatment of wounds because of how it stimulates immune responses when your body is hurt. Its properties allow it to be utilized in a few inflammatory, gastrointestinal, neoplastic, and cardiovascular states as well.

Honey’s high antioxidant capacity allows it to play a crucial role in various medical conditions. This is because honey consists of an array of rich compounds such as peptides, enzymes, phenolics, and organic acids.

The Nutritional Value of Honey – A Closer Look

Aside from the therapeutic effects of natural honey and its popular usage for such a cause, the nutritional value of honey and its numerous health benefits are extensive. Here’s a detailed look at some of honey’s nutrition facts that are not so well known:

Aside from the above mentioned nutritional value of honey, the flavouring agent has a host of other bodily uses that extends to physical performance, digestion absorption, nutrition in children, along with an array of medicinal properties as well.

The Nutritional Composition of Honey

Listed below is the nutritional information for blossom honey (natural honey). The data provided is for every g/100 gms of honey.

Natural honey is a sweetener and flavouring agent that you can consume without any inhibitions. It’s healthy, it’s delicious, and it is packed with nutrients, not to mention its myriad medicinal properties and uses.

The nutritional value of honey itself is a thing to behold. With its array of micronutrients and the fact that it is rich in oxidants should be enough of a reason to consume it on a daily basis. You can choose to consume it as it is, add it to your evening tea or use it as a flavouring agent for any sweet dish and it will not disappoint.