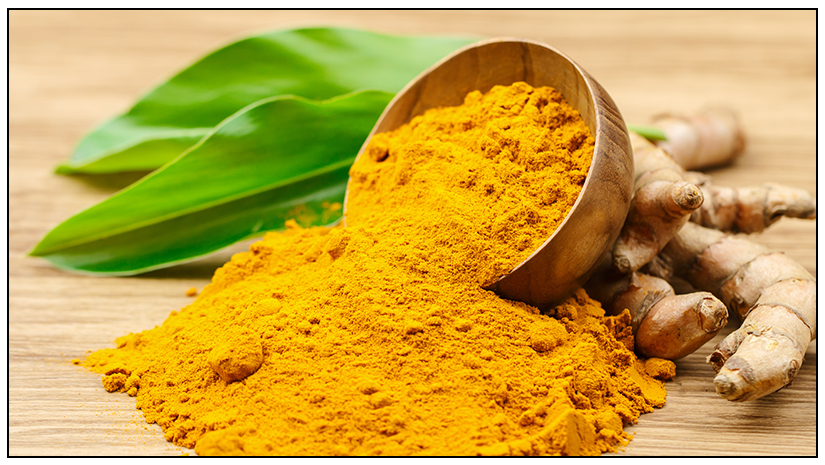 Turmeric (Curcuma longa) is an Indian spice also known as “Golden Spice”. It is brilliant yellow in colour. Turmeric is made from the root of the plant which belongs to the ginger family and is native to the Indian sub-continent. India produces nearly all of the world’s turmeric crop and consumes 80% of it.  It is widely used as a spice in South Asian and Middle Eastern cooking and the turmeric benefits are plenty in number.

Turmeric has been used in cooking for ages and is also used in cosmetics and medicines and is one of the most commonly used food additives for its colour and flavour. Turmeric benefits have also found a place in Ayurvedic medicines from ancient times because of the medicinal properties. Modern research has found its pharmacological properties in the past few decades.

What is so special about Turmeric?

Turmeric has over 100 components isolated from it and hence the countless turmeric benefits. Phytochemical analysis of turmeric has shown that it encompasses a large number of bioactive compounds such as curcumin, volatile oil, and curcuminoids. Curcumin is the most studied component of turmeric. It is a phyto-polyphenol pigment isolated from turmeric and it exhibits a variety of pharmacological properties.

Curcumin adds to the many turmeric benefits and helps in the management of oxidative and inflammatory conditions, metabolic syndrome, arthritis, anxiety, and hyperlipidemia.

The bio-active properties of turmeric include

Looking at all these properties we can probably call it panacea!

Just by consuming curcumin by itself does not help avail all the associated turmeric benefits due to its poor bioavailability. It appears that several factors play a role in its utilization but primary ones are poor absorption, rapid metabolism, and rapid elimination.

There are ways to increase curcumin bioavailability. For example, adding black pepper to turmeric also increases the turmeric benefits. Piperine the major active component of black pepper increases curcumin bioavailability greatly. Curcumin and piperine supplementation before and after exercise can help to a certain extent to alleviate muscle damage.

Studies say that curcumin may also help in the management of exercise-induced inflammation and muscle soreness. Curcumin is known for its anti-oxidant and anti-inflammatory properties. Because of these properties, curcumin may enhance recovery and performance in physically active people. These outcomes may have great implications when incorporated into nutritional strategies for those who are physically very active for example athletes and military personnel.

With so much work done on turmeric and its bioactive component curcumin, it is still early to say a lot of things with certainty. Like whether to take turmeric as whole or isolated curcumin to get maximum benefit or how much to take and how frequently etc.

The best way probably is to gain all the turmeric benefits is to use it as a spice in everyday cooking even if it is in small quantities.  Therefore, do not forget to have turmeric in your spice rack and use it daily to reap all the famous turmeric benefits!