Learn about the different types of red chillies 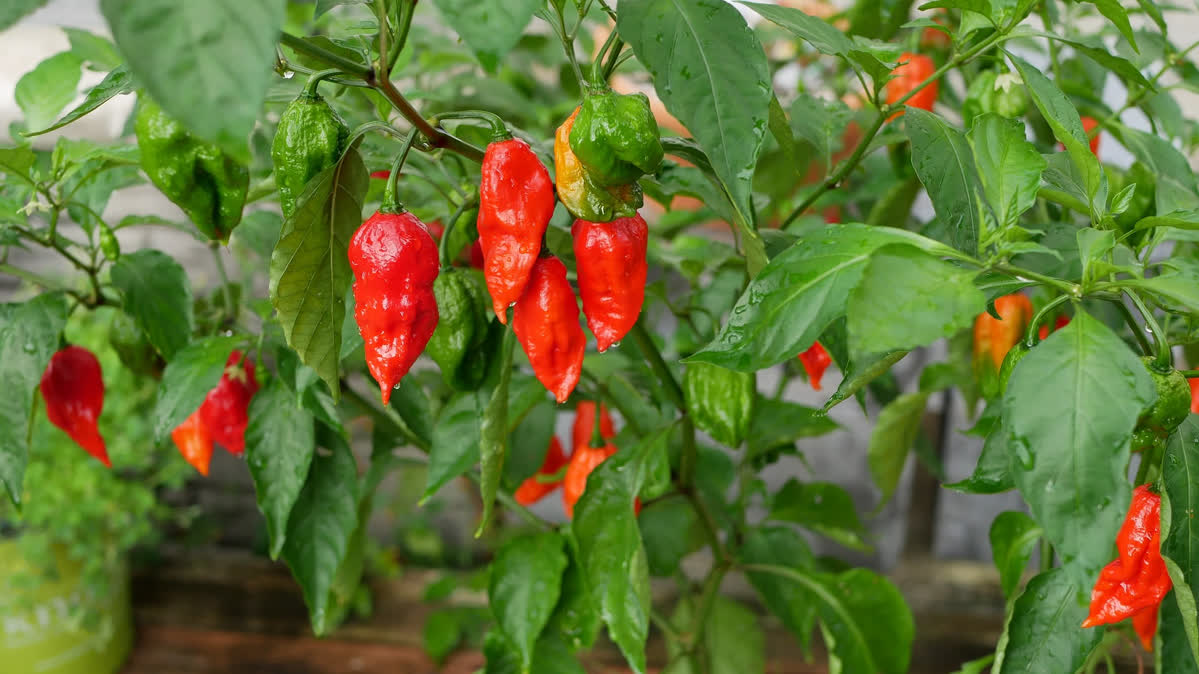 India is a nation of diversity. However, this diversity is not restricted to culture and heritage alone. Due to the size of the landmass, the country hosts a wide array of flora and fauna. As a result, we see a great number of options when it comes to grains, cereals, and vegetables.

We are well-aware of the variety of rice, wheat, and more. However, did you know about the types of red chillies across the country? In this article, we will look at the different types of red chillies and grade them as per their Scoville rating. The Scoville Heat Units (SHU) measure the sharpness and pungency of chilli peppers. The rating is based on the concentration of capsaicinoids, which makes the chillies hot.

So let’s take a look at the different varieties of red chillies and their corresponding Scoville ratings!

Types of Red Chillies in India

Following are some of the most common and rare types of red chillies found in India:

Bhut Jolokia, or the ghost pepper, is one of the most well-known types of red chillies of India. It gained international recognition as the hottest red chilli varieties before it was dethroned by Infinity Chilli in 2011. It is commonly used in North-Eastern cuisines.

Kashmiri chillies are mild red chilli varieties. However, it is also one of the most sought-after types of red chillies, mainly because of its vibrant red colour. In addition to the usual vegetable, gravies, and stews, it is widely used in sauces, marinades, and pickles.

When you think of all the red and spicy dishes from Andhra, all the credit goes to the Guntur Sannam. Unsurprisingly, these types of red chillies are named after the district, Guntur, where it is largely grown. However, due to its popularity, it is now also cultivated in Madhya Pradesh. It accounts for nearly 30% of India’s red chilly export, with Sri Lanka, Bangladesh, US, and the UK as major importers.

Jwala Chilli, also known as the Finger Hot Pepper, is mainly cultivated in Western and Southern Gujarat. These may not feature prominently as types of red chillies since they are mostly consumed as green chillies. However, it achieves a deep red shade on maturation and cultivators normally dry them for storage.

Found in: Karnataka and Tamil Nadu

The Byadagi chillies are yet another highly popular types of red chillies of India. They are similar to paprika and are largely used in the Maharashtrian Goda Masala. These chillies, with its characteristic bright red colour, long structure, and thin and crinkly exterior, are comparatively less pungent.

Gundu Molzuka, the other name of Ramnad Mundu, literally translates to ‘Fat Chilly’ due to its distinct round shape. These are red, yellow, and scarlet coloured chillies that have a thin skin, which turns reddish-brown upon drying. While they are not spicy hot, they bear a special pungent flavour that makes it unique. It is widely used in Chettinad cuisine.

Found in: Manipur and Mizoram

The Bird’s Eye is one of the tiniest types of red chillies, but it can pack quite a punch. These chillies are intensely hot as marked by its blood-red colour. However, it is also available in green and orange.

Kanthari is a type of Bird’s Eye Chilli that is characterized by its ivory colour. Much like the Dhani, these chillies are short but extremely hot. Since it is a perennial crop, it is available all through the year.