Difference between vegan and vegetarian 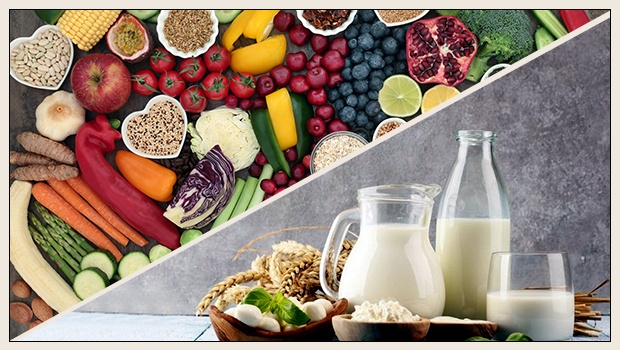 Difference between Vegan and Vegetarian

Many of us have must have come across the term ‘vegan diet’ in recent times. While many might have guessed that it is essentially different from the term ‘ vegetarian’, most of us still do not know the exact difference between vegan and vegetarian. Hopefully, by the end of this article, you will learn the essential difference between vegan and vegetarian diets, facts about the vegan diet and how it is distinct from the vegetarian category.

WHAT IS THE DIFFERENCE BETWEEN VEGAN AND VEGETARIAN?

Needless to say, the vegetarian diet involves the consumption of leafy greens, whole grains and anything that is not animal meat. While a vegan diet involves the same rules of eating, there are a few additional guidelines too. Vegans do not use any product produced by animals, such as eggs, dairy products, or honey. While this point alone is the major outlining difference between vegan and vegetarian.

In a vegan diet, along with dairy and meat, animal-derived ingredients such as gelatin, honey, carmine, pepsin, shellac, albumin, whey, casein and some forms of vitamin D3 are also prohibited.

Many believe that a vegan diet has a more positive impact on their personal health and also a powerful impact on the environment. By limiting the exploitation of animals, man is also preventing the undue strain on natural resources that often occur owing to his various demands. let’s also know some more interesting facts as we find out the difference between vegan and vegetarian.

Veganism is not just a diet but a responsible choice of life for people who opt for it. The ideology at the root of it is to liberate the animals, especially cattle from the clutches of commercial gains, which serve the end of humans.

Thus, we see that vegan is more of a lifestyle choice and an effort to make this planet a better place. Vegans put a lot of thought and consideration into their ways of eating and dressing. This also contributes to a harmonious living environment where living beings care for each other, thus advocating a healthy change.

So while they sound the same, the underlying difference between vegan and vegetarian diet is an entire philosophy of a green and clean planet.

Can Toor Dal Increase Your Weight?

The Nutrition In Toor Dal Explained

Why Basmati is the Best Biryani Rice You Need