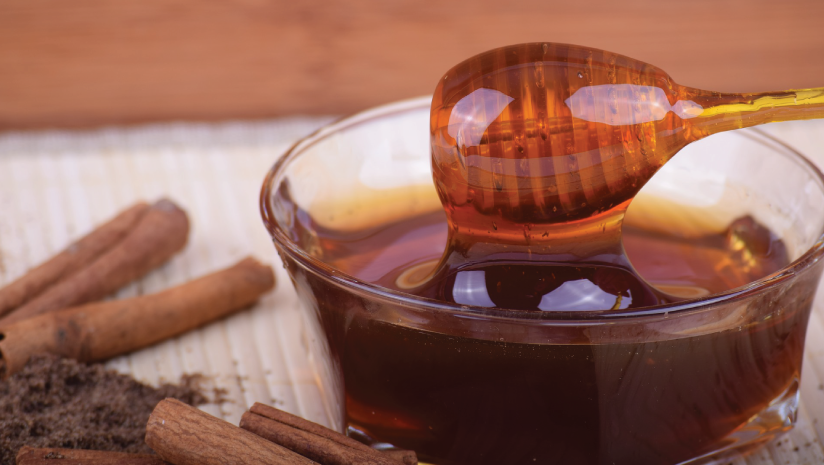 Ways in Which Honey and Cinnamon Can Benefit You

If we take a look at the composition of honey, it consists of basic molecules of sugar such as fructose and glucose which are a source of energy for the body. Apart from this, honey also contains a number of amino acids, vitamins, calcium and iron.

Cinnamon, on the other hand, came to be used as a perfuming agent by the early Egyptians and only later came to be recognised as a preservative and treatment for conditions like cough and cold. According to the US department of agriculture, cinnamon consists of various components including magnesium, iron, phosphorous, iron and potassium.

Organically cultivated produce ensures that the health benefits of honey and cinnamon are reaped completely since they are produced without the interference of harmful chemicals and pesticides, which could cause damage to the body in the long run.

If the researchers are to be believed, a combination of honey and cinnamon can be promisingly beneficial for health. They are highly complementary in nature, which helps them manifest the following benefits for health.

Health Benefits Of Honey And Cinnamon: Truth Or Myth?

Did you know that a combination of honey and cinnamon promotes healing of wounds in the body?

The chemical composition of the two makes them useful as an antibacterial and anti-inflammatory agent. The benefits of honey and cinnamon come from the hydrogen peroxide which is found in honey that effectively slows down the growth of bacteria and allows speedy healing of a wound. The addition of cinnamon in the form of oil mounts on the benefits of lending a helping hand, making the benefits of cinnamon honey useful for the purpose of healing.

A Superfood For Diabetics

One of the most marked benefits of cinnamon honey happens to be for those with diabetes. A combination of the two can be helpful in bringing down the levels of blood sugar with regular consumption. Honey proves to be a healthier option for those with diabetes as a substitute to refined sugar while cinnamon helps to moderate the levels of insulin sensitivity. However, the consumption of honey should be moderate without overdose.

A Promising Cure For Constipation

If you are suffering from gaseous formation in your body, consuming cinnamon can be of immense help. Due to its unique properties, it lends an antispasmodic effect on the body. On the other hand, honey is rich in several enzymes which can help in the process of digestion. This is one of the most useful benefits of cinnamon honey together. One can keep gaseous formations at bay and prevent instances of indigestion which in turn helps to avoid constipation in the body. Additionally, honey is also a potent source of potassium which can regulate the accumulation of acid in the body and help balance it. If you were looking for benefits of honey and cinnamon, this is one that you will find very useful in your routine.

It is no surprise that our body needs a rich source of antioxidants to fight off basic health issues and remain healthy. Surprisingly, you can extract the benefits of honey and cinnamon further because they are rich in antioxidants, which can offer a desirable quality of well being for you and your family. Incidentally, honey is high in phenolic antioxidants which can be helpful in avoiding heart related diseases and fight the occurrence of free radicals in the body.

Conclusion: Are The Benefits Of Honey And Cinnamon Worthy Of Attention?