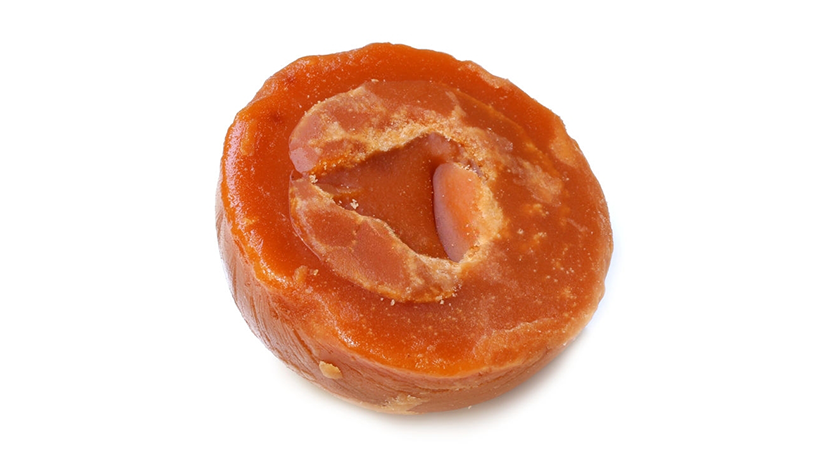 What is jaggery (Gur) and how is it made?

Jaggery or Gur, as it is called in Hindi, has emerged as an amazing substitute to refined sugar. It is an unrefined non-centrifugal form of sugar that is widely consumed in Asia and certain parts of the Americas.

Aside from its sweetening properties, there are numerous health benefits of jaggery consumption regularly, and this fact has driven hordes of people to opt for jaggery in their diets instead of refined sugar.

It is an excellent substitute for refined sugar and also contains a host of nutrients and minerals. Moreover, the roasted woody aroma of jaggery has made it highly popular for use in many Indian sweets.

If you are wondering how is jaggery made exactly, this post might clear up a few things for you. Moving forward, we will have a look at all the intricacies involved in jaggery production and how can you make jaggery at home. But first, let’s have a look at the nutritional profile of jaggery.

When compared to regular refined sugar, jaggery has an impressive nutrient profile. Refined sugar only has empty calories that have almost zero nutritional value, but jaggery is rich in essential nutrients such as Iron, Potassium and Calcium.

This makes jaggery an excellent choice for health-conscious individuals who want a bit of nutritional value from the sweeteners they consume. Below is a comparison chart of the nutrient constituents of jaggery and refined sugar sourced from FatSecret:

How Is Jaggery Made?

Jaggery preparation involves boiling the sugarcane juice, and the process requires primarily 3 steps: extraction, storage, and boiling. Here is a detailed breakdown that explains how is jaggery made.

The colour and texture of the jaggery thus produced will highly depend upon the quality of the sugarcane and the quality of the juice that is produced. These steps layout how gur is madein a large scale preparation. If you are wondering how is jaggery made at home, keep on reading!

How Gur Is Made At Home?

These points explain every stage regarding how is jaggery made at home. Let’s begin!

That’s it! These three ingredients are everything that you need to prepare 100% pure and unadulterated jaggery at home. The ladyfinger water helps in separating the greenish waste layer from the sugarcane juice while boiling. Now, let’s look at how is jaggery made at home:

These steps might have made it clear as to how is jaggery made at home. Enjoy the wholesome goodness of this delicious sweetener as a standalone dessert or by mixing it with kheer or a recipe of your choice!