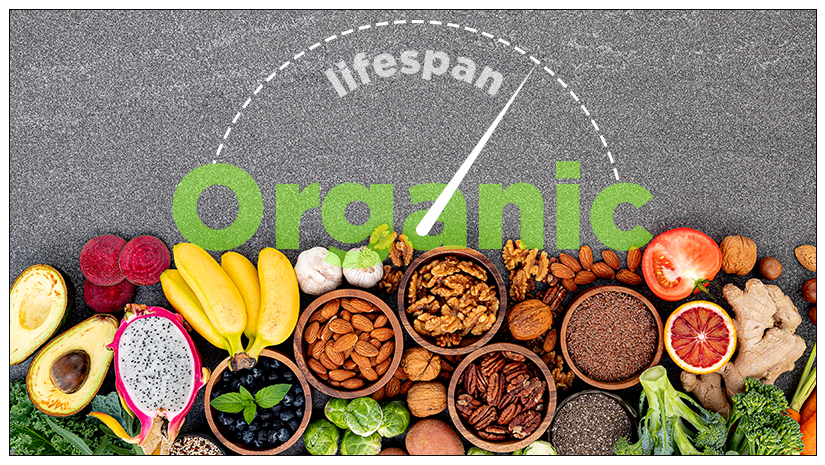 Can organic food increase our lifespan

When it comes to organic foods, there is a wide range of opinions expressed by diverse groups of people everywhere. Whenever there’s a conversation on the subject, it’s always debatable as to whether one should go organic or not. While some might agree to the benefits associated with organic food products, others push off the idea saying that these items are too expensive and just not worth it. Irrespective of what people say, it cannot be denied that organic foods are actually worth all our time and money especially to create a better future for generations to come.

There are some factors that set apart organic produce from the conventional ones. The factors are as follows:

It is very natural for consumers to ponder over the health benefits of organic consumption before making the decisive switch. As a matter of fact, organic helps in building strong future generations as they do not use pesticides and other toxins that pose health risks for babies.

Is it really related to longevity?

According to a recent award-winning study by a Texas high-school student, Ria Chhabra, in contrast to the 2012 study by the Stanford University researchers, it was observed that eating organic produce over conventional ones actually demonstrated longevity and health benefits. Again another 2011 study by British researchers at Newcastle University highlighted the presence of 12% higher levels of vitamin C and antioxidants in organic items, which if consumed on a daily basis, could increase the life expectancy by 17 days for women and 25 days for men. Additionally, the 2006 PARSIFAL study done on 14000 children from five European countries revealed that the children who picked biodynamic and organic food over the non-organic food products had a statistically significant lower body weight and had fewer allergies.

Nevertheless, the argument still goes on as no hard evidence has been put forward to this day that actually proves that organic foods increase a person’s lifespan. All these studies can only draw the conclusion that the consumption of organic foods is healthier and have positive effects on the human body. If that is the case, it might also contribute to building a stronger immune system that might increase the longevity of a person.