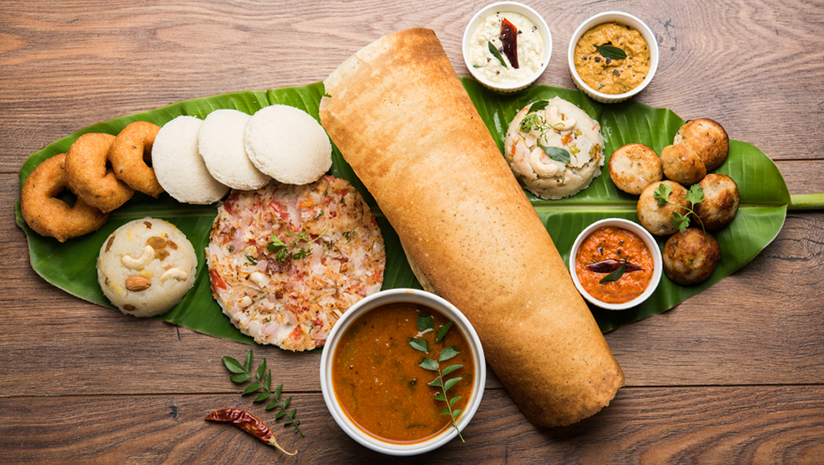 Idli dosa batter made out of rice is one of the unavoidable breakfast preparations in South India, as people love eating idli or dosa with sambar or chutney on alternate days of the week. It’s not just a breakfast, but healthy food that is packed with high nutrients and minerals.

Rice is the staple food of South India, whole wheat is the staple food of North. The people of the South are more into preparing different varieties of snacks using rice as the base ingredient. The region is also equally famous for its wide range of spicy foods. That being said, idli and dosa are some of the most popular breakfast dishes of the South that have been widely accepted among people of different parts of the country.

What makes the idli dosa batter?

Here are some of the top 5 /South Indian staples to enjoy with idli and dosa batter:

Brown rice is one of the favourite rice types of people of the South. People who have organic brown rice cultivation, prefer to include it in their daily diet in the form of idli and dosa. Yes, you can also make idli and dosa with this healthy brown rice as it does not contain chemicals.

Rava is yet another popular morning staple for the people of the South. Rava is used to make the authentic upma, with which idli can also be made. The organic Rava idli mix helps in getting those spongy puffy idlis.

Besides rice, people also make idli using ragi, which possess a series of benefits. The Ragi idli is another variety dish that can be included in your daily diet as a part of a weight loss diet. Packed with fibre, this ragi idli batter is gluten-free and hence controls your blood sugar levels after intake.

Millet dosa mix can be used to make a different variety of dosa as they come with a good source of nutrients such as magnesium, copper, manganese, and phosphorus. Millet dosa helps in the weight loss journey as it contains very low calories.