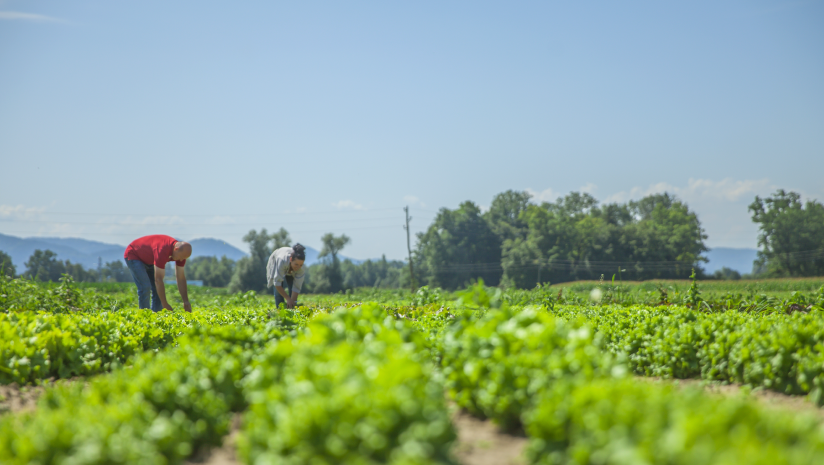 Hearing the word ‘organic’ is quite common. Most people are under the impression that organic means anything which is prepared without the use of chemicals or the absence of GMO’s. While these impressions are not incorrect, they do not describe the complete picture.

It was in the year 2005 that leaders from around the world, comprising farmers, eaters, politicians, scientists and the International Federation of Organic Agriculture Movements, together identified four crucial principles to define the word ‘organic’. It is because of these principles of organic farming that greater clarity could be instilled to the concept of organic produce.

Today, as organic farmers and eaters move towards greater saturation of organic markets and farming, it is these principles of organic farming which serve the purpose of guidance for them. Today, organic farming is moving towards greater improvement across the domain of each of these principles. This is why, greater weight is given to the vitality of consuming organic products, which are safer for your health and better for the sustainability of the planet.

The four principles of organic farming

The principle states that organic farming should be carried out such that it provides sustenance and enhancement to the soil, animals, plants and humans who are impacted by it. Thus, this is by far one of the most important principles of organic farming which is relevant for organic farmers and consumers. Even then, it is not entirely easy to calculate the results of this measure.

There are many variables involved when it comes to judging what is healthy. Given the varied interests of the parties involved, there can be many opinions about what is healthy and what is not. While it could mean increased nutrients and vitamins for some, for others, it could mean a reduction in the level of pesticides and harmful residue as a result of organic farming.

The basic formula which defines health in organic farming is as follows:

Ecology of the environment is not the result of humans alone. There are many other living components which are part of this ecology, and each one of them serves a purpose of their own. Also, they come to interact with the ecological system in one way or the other. Hence, it is vital to consider ecology as a whole and take steps to reduce the impact on it through organic farming.

This is the third among principles of organic farming and states that organic farming should ensure fairness in the relationships between the environment and all life processes. Due to the nature of this principle, it is very difficult to standardise it.

One aspect of this principle are farmers who should benefit from fair wages and returns for organic farming. Next come the consumers, who should be able to procure safer and healthier food products when they shop for organic produce. In a broad sense, fairness should be shown to the resources which are used to produce the crops and the land, and irrigation sources which are used to complete the production process.

In totality, organic farming must be carried out in a way which does not cause unfairness to the parties involved. Together, farmers and consumers must work towards reconciling actions from the past, present and future to promote fairness in organic farming practices.

Conclusion: What Is The Ultimate Goal Of Organic Farming And Why Do We Need These Principles?

When it comes to growing crops, it is not just about producing food for consumption. Organic farming takes a wider cognisance of the state of the environment and the safety of the ultimate consumers. These principles are interconnected and offer an ethical approach to organic agriculture.

This is how organically produced food items offer better sustainability to the environment and bring better taste to your plate. They are safe to consume because they are produced and harvested after manifesting the goals of organic farming in true spirit.