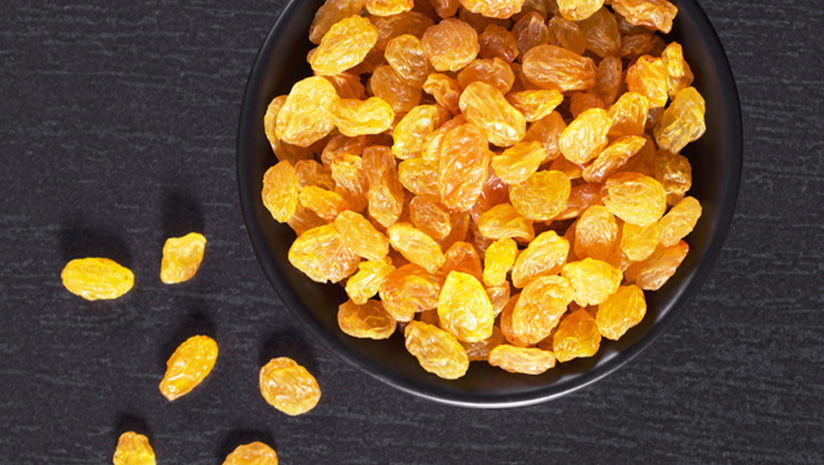 Reasons Why Your Baby Needs Raisins And How To Feed Them

Raisins, one of the most recognised and recommended dry fruits, are nothing but dried grapes. They are great health promoters as they come loaded with vital nutrients like fibre, iron, and carbohydrate. Good quality handpicked grapes are dried in the sun for two to four weeks for becoming raisins.

With high nutritional value and digestive benefits, raisins are highly recommended for babies and children. They come low on fat and cholesterol while high on fibre, as mentioned earlier. Additionally, raisins are a good source of potassium, iron, and calcium.

Most doctors believe that baby food must include raisins for babies. They are considered not only as safe but a healthy option as well. The raisins for babies to eat should be introduced around six months- when they start chewing their solids. But they must not be given whole raisins, as raw raisins have the dangerous potential of choking them. It’s best recommended to chop, mash or cut those raisins before feeding the babies. Whole raisins can be used as finger food when the babies get comfortable to chew more substantial fare.

Raisins or dried grapes are rich in sugar, so they are recommended in small portions for babies. In the initial period, one to two tbsp of raisin water is enough for them. Gradually increase the quantity to two to three tbsp per day until the babies can chew solid food. Then they can have two to three tbsp of mashed raisins.

Precautions to be followed

Raisins are nutritionally power-packed and very rewarding for babies during their growing years. However, certain precautions need to be followed by their parents.

Raisins for babies are undoubtedly one of the healthy food- and they are yummy as well. They come rich in nutrients that your kids need as a part of a healthy diet. They make an excellent snack for kids due to their blissful combination of taste and nutrition.

Raisins can be allergic to kids as well. It is best to consult with a paediatrician before introducing the dry fruit to the babies. They also come with a severe threat of cavities. Adapting to routine dental care for the newborns after eating raisins can minimise any potential damage to the teeth.

Raisins are affectionately known as “nature’s candy.” Don’t forget to grab a few yourself while feeding your babies as well. And always choose organic raisins as they don’t have any chemicals, toxins and pesticides. Happy parenting!