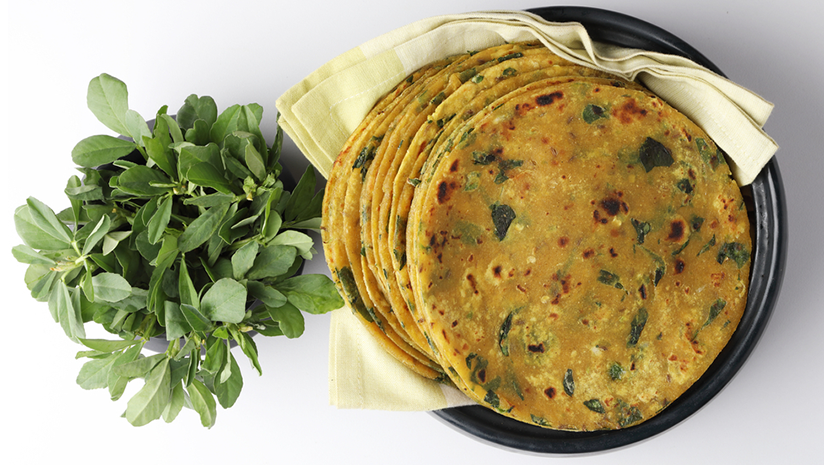 Multigrain atta is more beneficial for health than single grain atta. And when methi is added to a flour with seven grains, it becomes even healthier.

Seven is better than one. It is especially true when we are talking about flour. Seven-grain multigrain atta has goodness and nutrition of seven different grains like barley, oats, wheat, Bengal gram etc. It is a healthier alternative than single grain flour. But what about multigrain methi atta?

Before methi flour, let’s discuss methi. Fenugreek, also known as Methi in India, is a herb in the same family as soy. It’s an edible plant. Its fresh and dried seeds, leaves, twigs, leaves and roots are used in culinary applications. While more research is necessary, some studies show that fenugreek may have varied health benefits.

Benefits and applications of Methi

It is used in industrial applications to make cosmetics, soaps, teas, and garam masala etc.