What is the truth behind cinnamon skin benefits? - 24 Mantra Organic

What is the truth behind cinnamon skin benefits? - 24 Mantra Organic 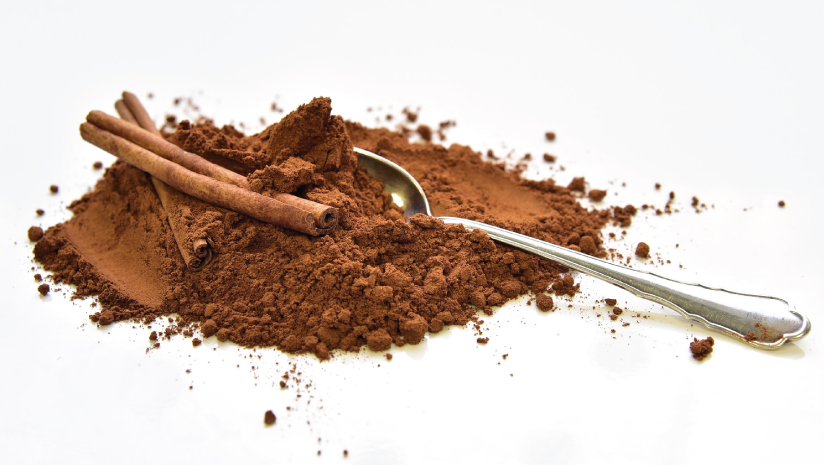 Surprising Benefits of Cinnamon for Skin

The cultivation of cinnamon is done widely across regions in Sri Lanka, and parts of other Asian countries. From ages, the spice has occupied a space of reverence for its medicinal properties which make it ideal not only for health consumption but also for topical application on the skin.

It is interesting to know that cinnamon skin benefits are already quite popular. This is why the use of cinnamon powder for the skin along with other components is not new to the world of beauty and skincare. It is indeed beneficial in many ways for the skin as a topically applied treatment.

Many cultures, including those in Asia and India, have made use of cinnamon powder for skin, along with its consumption for various health ailments. When it comes to your skin, it is better to opt for an organically grown variety of cinnamon since it is safe for use and does not contain any harmful chemicals and pesticides. These would have been harsh for your skin, had they been used during the process of production. Let us find out how cinnamon powder for skin acts to lend its useful benefits.

Cinnamon Skin Benefits: Why Should You Apply It On Your Face And Body?

Adds A Plump Look To The Skin

One of the cinnamon skin benefits is precisely related to the process of ageing. By helping the skin appear plumper, it can limit the appearance of fine lines. To do this, cinnamon acts upon the blood vessels underneath the skin to help bring the blood closer to the skin surface.

The ideal way to use cinnamon for this purpose is to mix its essential oil with another carrier oil and apply it over the affected areas. In fact, you can even use this concoction as lip plumper for healthy looking lips.

Helps To Clean The Scalp

Did you know how cinnamon is good for skin and your scalp? You can even treat your scalp with an added dose of nourishment by using cinnamon paste. A simple combination of cinnamon, olive oil and honey can be applied on the scalp and left for a few minutes before rinsing off. Due to its grainy texture, cinnamon helps to exfoliate the scalp and nourish the roots.

For someone with eczema, inflammation and irritation of the skin are quite common. As per common belief, the use of cinnamon and honey on the affected areas can help provide significant relief. It can further help to treat the spot patches which usually form on the skin as a result of eczema.

One of the most marketed cinnamon skin benefits is its effect on acne and pimples. A simple paste of cinnamon and honey can be applied over active acne for a few minutes before washing off with mild water. The unique action of cinnamon helps to dry out acne which can save you from the formation of acne marks later. Further, this concoction can also help to exfoliate and decongest pores and remove excess oil which could be blocking them.

Due to the unique chemical composition, cinnamon is an antiseptic agent. This is why it is a versatile treatment option for a variety of purposes. Among the most common cinnamon skin benefits is the treatment of open wounds with a pinch of cinnamon powder over them. Numerous studies have shown that cinnamon is good for the skin since it displays unique antibacterial and antifungal actions. This is why it is widely used as a home remedy for various skin related issues.

Helps To Limit Signs of Ageing

You can get cinnamon skin benefits for your dry and damaged skin by using it as an exfoliating agent. The grainy texture of cinnamon helps to remove the layers of dead skin on the face and reveal a bright and glowing skin underneath. Once again, the unique antioxidants in cinnamon also help to soften the skin and make it appear smoother.

To get complete cinnamon skin benefits, you can use a mixture of cinnamon, lemon juice and yoghurt as a face pack which gives your skin a high dose of anti bacterial and anti fungal properties. This in turn helps to improve and enhance the complexion of your skin, making it radiant and brighter.

You can use cinnamon to treat your skin if it has acne marks on it. Simply use a mixture of cinnamon oil and coconut oil on the affected regions of your face and obtain a satisfactory result by removing stubborn blemishes over time.

There are many ways to use cinnamon for the skin to obtain its complete benefits. You can use it as a scrub, paste, face pack and body wash to make it work for your skin and get the benefits stated above. Also, it is best to add additional ingredients with cinnamon such as honey, to obtain wholesome goodness for your face and body. Since you will be putting these combinations on your skin, it is better that you use the organic variety of cinnamon for this purpose. You will be happy to know that its friendly cultivation techniques are better for the planet and also for the farmers who work hard to produce organic cinnamon.