Learn How You Can Embrace a Vegan Lifestyle - 24 Mantra Organic

Learn How You Can Embrace a Vegan Lifestyle - 24 Mantra Organic 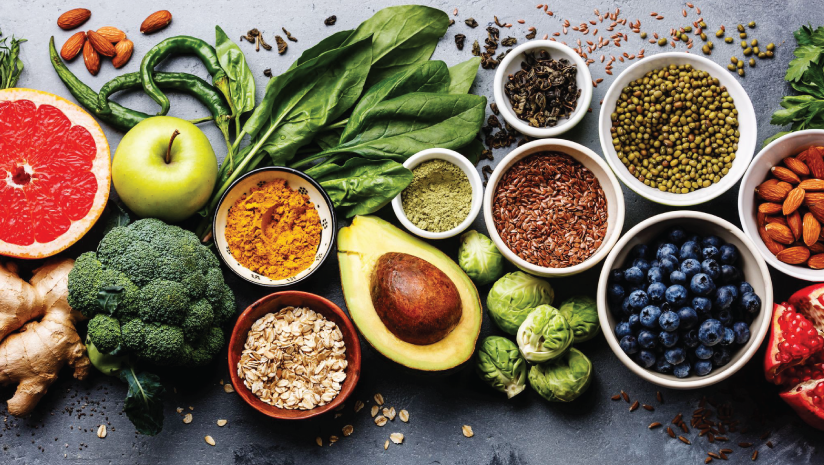 Thinking of turning vegan? Here’s everything you need to know

In the past few years, vegan diets have become fairly popular amongst the regular masses. Building environmental consciousness and ethical choices are two of the primary reasons behind this switch. Research conducted by Oxford University states that following a vegan lifestyle could be the single-most impactful way to reduce one’s carbon footprint. A similar trend is visible as consumers switch to organic products as it promises sustainability and eco-friendly practices.

However, there is a loss of misinformation floating around about the vegan lifestyle. In this post, we will take an in-depth look at the vegan diet, and everything that you need to know before switching to one!

Veganism is a dietary and lifestyle practice where one abstains from consuming or using animal products. Hence, apart from eliminating food items like meat, dairy, and eggs, it also involves giving up the use of any animal-based products, such as leather and wool. In this way, a vegan lifestyle attempts to limit animal cruelty and exploitation for anthropomorphic purposes.

When it comes to food, the many types of vegan lifestyles include:

Health benefits of a vegan lifestyle

Even though most people follow the vegan diet to give back to nature, some individuals turn vegan for its health benefits. Here are a few of them:

A 2009 study titled “Health effects of vegan diets” discovered that vegans tend to be thinner than their non-vegan counterparts. A 2014 randomised control trial highlighted that the vegan diet might be more effective than the tried-and-tested low-calorie diet! Several other control experiments comparing the vegan diet with other diets also discovered that the former is more potent in aiding weight loss.

A vegan lifestyle keeps your blood sugar levels in check and may potentially keep type 2 diabetes at bay. A 2017 study discovered that those practising veganism had a 78% lower chance of developing type-2 diabetes. Similarly, various studies demonstrate how vegans display higher insulin sensitivity and lower blood sugar levels, which may be attributed to their higher fibre intake.

Given that a vegan diet is rich in plant-based fibres and controls your blood sugar and cholesterol levels, it is bound to improve your heart health. Thus, your cardiovascular system benefits from a vegan lifestyle, as indicated by observational studies that report vegans are at:

Other Health Benefits Of A Vegan Lifestyle

In addition to the health benefits cited above, veganism can also:

While a strictly plant-based diet is excellent for your health and the environment, it does pose issues relating to nutrient deficiencies. Those following a vegan lifestyle are more likely to have an inadequate amount of vitamins B12 and D, iodine, calcium, iron, zinc, and long-chain omega-3 fatty acids.

An excellent way to bypass potential health problems is through the intake of fortified meals. Additionally, food preparation techniques, such as fermentation and sprouting, improve the bioavailability of nutrients. For the omega-3s, you can up your seed and nut intake.

What Can One Eat On The Vegan Diet?

Here is a list of foods to eat when adopting a vegan lifestyle:

What Foods Should You Avoid While Following a Vegan Lifestyle?

In the vegan lifestyle, you must avoid all food items that are directly or indirectly derived from animal products. As such, here is a list of what you must abstain from:

It can be really exciting to kickstart your adventure as a newly transformed vegan. Remember to follow a detailed meal plan to cover all food groups, vitamins, and minerals. Also, do consider consuming organic. It may take a while to get used to, but once you get the hang of it, you can truly enjoy your meals with a free conscience.