What Uses of salt we have in our food 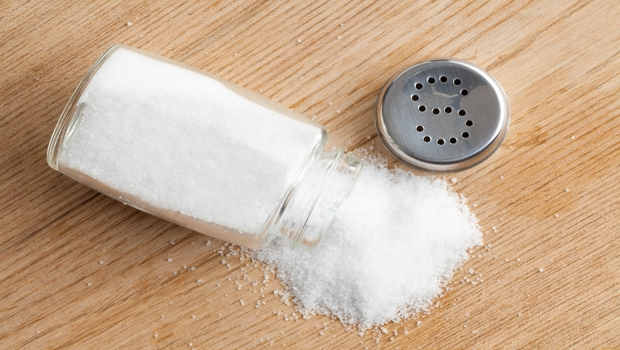 What does Salt do in our Foods?

There are many uses of salt in food preparation. Salt is sodium chloride. one of the major uses of salt in food is to enhance the flavor. We add salt to our food while preparing it and also add from the salt shaker on the dining table. But there is another source for salt in our diet which contributes most. That is processed and readymade foods, about 70 % of our dietary salt comes from these sources.

uses of salt in our food

Salt adds taste to the food, especially the bland ones and it also helps to bring out the natural flavours of food. It balances taste and if the product is sweet it brings out the sugary taste even better. If there is some slightly off taste in processed foods that are masked by the salty taste salt gives. We cannot even imagine eating most foods without adding salt!  Flavour enhancement is the most common uses of salt.

uses of salt as a preservative

Salt has been used from ancient times to increase the shelf life of food. Salt acts as a preservative by preventing the growth of microorganisms such as bacteria which cause foodborne diseases. uses of salt as a preservative for example in meats, fish, pickles and many other food products is very prominent.

How does salt function as a preservative?

Before the advent of refrigerators, uses of salt included preservation of food.

Because of all these mechanisms preservation of food and making it edible for a longer time is also one of the most important uses of salt.

uses of salt in food are more than just taste enhancement. Salt also makes the food seem thicker or fuller. In processed meat products salt holds moisture and improves texture, making it tender and juicier. In bread, the texture is stabilized because salt strengthens the gluten and allows the bread to rise during leavening.

uses of salt also include improving the colour of food products and also controls the development of colour in food products such as ham, bacon and hotdogs. Along with sugar and nitrite or nitrate, salt helps in developing the desired colour in processed meat products. Salt also enhances the golden-brown colour in bread crust and it also increases caramelization.

Salt acts as a binding agent by extracting myofibrillar proteins in processed foods and formed meats. Formed meat are meat products which give the feeling that they are made of a whole piece of meat but are made by binding and pressing products got from the cut, sliced or minced meat along with the use of appropriate food additives. these particular uses of salt also reduce cooking losses in these meat products.

Certain proteins that are soluble in salt make it possible to form stable emulsions in products such as sausages. The salt soluble proteins coat the fat globules forming a gel that consists of meat fat and moisture.