Flaxseed Oil For Cooking: Here's All You Need To Know - 24 Mantra Organic

Flaxseed Oil For Cooking: Here's All You Need To Know - 24 Mantra Organic 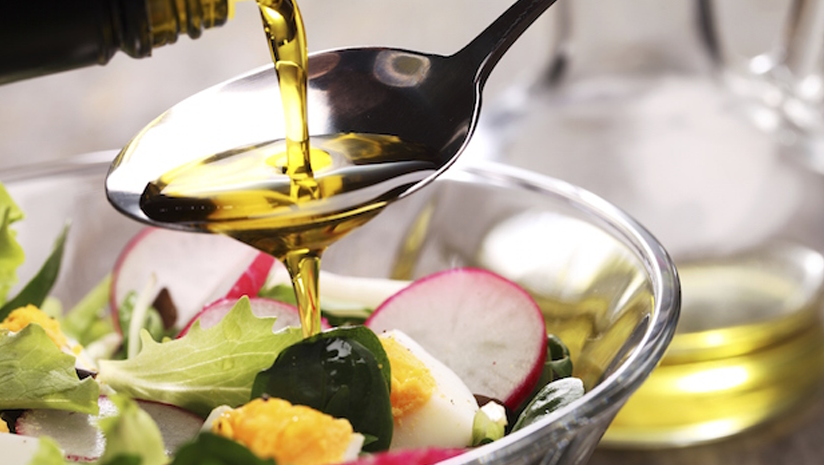 6 Recipes In Which You Can Use Flaxseed Oil To Cook

Flaxseed oil, also known as linseed oil, is made from the dried seeds of the flax plant. Flaxseed oil that is labelled as “virgin” is extracted by cold pressing the seeds when they are ripe. Organic flaxseed oil is generally considered to be the best due to the absence of harmful chemicals and additives. On the other hand, refined flaxseed oil implies oil that has been treated with chemical solvents. These small seeds are full of potassium and Omega-6 and Omega-3 fatty acids. Let us look at the nutritional value of flaxseeds before revealing some tasty recipes that use flaxseed oil for cooking.

Flaxseed oil is extracted from two types of flaxseeds: brown and golden. Oil from dark brown seeds has a stronger flavour compared with golden seeds. Both are rich in alpha-linolenic acid (ALA), although the dark variant has relatively higher ALA content.

How to use flaxseed oil for cooking?

Flaxseed oil has a low smoking point, and its nutritional content changes when exposed to high heat [1]. It is often packed in dark bottles since it is sensitive to light and heat. It has a mild taste and can be consumed directly or used in salad dressing. Flaxseed oil is also a good alternative to butter.

Smoothies: Jumpstart your morning by adding a teaspoon of flaxseed oil into a smoothie or shake. It is bound to make your day a bit healthier.

Baked goods: Since flaxseed oil is a great alternative to butter, it can be used for baking, especially cookies, pancakes, and muffins. When used for baking, it adds a nutty taste, boosts texture, and adds extra nutrients.

Salads: Roasted vegetable salad goes well when drizzled with some flaxseed oil. If you like, you can create a vinaigrette using flaxseed oil instead of olive oil.

Snacks: To make your snacks tastier, sprinkle some flaxseed oil on it, particularly on snacks like popcorn. You can also use this oil to make crackers or baked chips.

Oatmeal: Cook savoury oatmeal dishes using flaxseed oil. Slightly fry some vegetables in flaxseed oil and add oatmeal to it. Then add salt, herbs, and water until oatmeal softens and all the vegetables are cooked. Garnish with freshly chopped coriander.

Hint: Since flaxseeds oil has a low smoking point, it is best not to use it for cooking. However, it is a wonderful neutral oil for lining cast iron pans.

Avoid using flaxseed oil for cooking and consume it in a cold-pressed or virgin form. Flaxseed oil is rich in omega fatty acids, that not only improve skin health but can also reduce the risk of chronic diseases and cholesterol. So eat healthy, stay healthy! And remember, organic is always better.