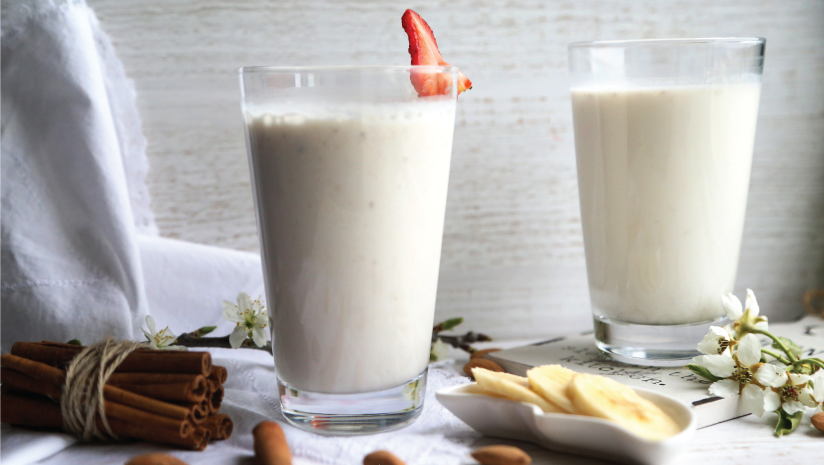 Some people enjoy a warm cup of milk before going to bed to help them sleep, and adding some cinnamon to milk can render some excellent health benefits.

Cinnamon encourages weight loss and clears up the skin fairly well. You should include cinnamon in your health routine and gain the rewards of drinking this delicious beverage.

Recipe for milk with cinnamon

Nighttime is arguably the most popular time of day to have beverages such as cinnamon milk because people regard warm milk as a sleep aid. The aromatic and sweet flavour of cinnamon milk complements its health benefits.

To prepare cinnamon milk, you will require both ground cinnamon and some cinnamon bark. Vanilla flavoured sugar is optional as it adds a touch of essence and sweetness.

The daily consumption of organic foods is beneficial for you and your family, as it adheres to the international standards of healthy meals.

Organic farming can protect the environment because of its eco-friendly cultivation practices and no pesticidal involvement.

Cinnamon is a popular spice produced from the inner bark of trees and has been in utilization for centuries.

Cinnamon was so scarce and highly coveted that people deemed it as a gift fit for kings. These days, however, you can purchase cinnamon at your local grocery store for an affordable price.

Cinnamon gets its aroma and taste from the oily portion of the plant, which is a rich source of a healthy compound called cinnamaldehyde. Scientists have concluded that this compound renders most of the health benefits of dalchini with milk.

One of the primary cinnamon milk benefits is that it comprises powerful antioxidants that include polyphenols.

In a recent study that compared the antioxidant levels of 26 different spices, cinnamon emerged on top, outscoring foods, including garlic and oregano (Source).

The significant level of antioxidants can safeguard the body against free radicals that lead to diseases such as cancer.

Cinnamon helps you deal with chronic inflammation. Scientists believe that the prodigious amount of antioxidants present in cinnamon can aid in healing inflammation.

For people with type 2 diabetes, half a teaspoon of cinnamon each day regulates the level of total cholesterol, LDL cholesterol, and triglycerides while regulating levels of HDL cholesterol as well.

Another study has concluded that 120 mg of cinnamon each day can reduce harmful blood markers while building up HDL cholesterol levels.

Insulin is a hormone that regulates your metabolism and energy utilization. It also transports blood sugar from your bloodstream to the cells to be used as energy.

However, many people have become insulin resistant nowadays because of either a lack of a balanced diet, lethargy, or type 1 or 2 diabetes.

Insulin resistance can gradually lead to the development of diabetes and other health problems. Cinnamon can help cut down insulin resistance, which then will aid the body to heal its metabolism.

Several studies have concluded how cinnamon can help heal diabetes, proving that it can reduce fasting blood sugar levels by a whopping 10–29%.

Another one of the cinnamon milk benefits includes its ability to counter neurodegenerative diseases.

Neurodegenerative diseases, including Alzheimer’s disease and Parkinson’s, cause the brain to destroy the structure and number of cells present, contributing to cognitive decline.

However, two compounds found in cinnamon can help prevent the buildup of a protein called tau in the brain, which is a marker of Alzheimer’s.

Some other cinnamon milk benefits include –

With a plethora of cinnamon milk benefits for the body, it is no surprise why it is such a marvellous beverage to consume.

The wonder drink not only is scrumptious for your taste buds but has also been proven scientifically to mitigate diseases in their early stages.