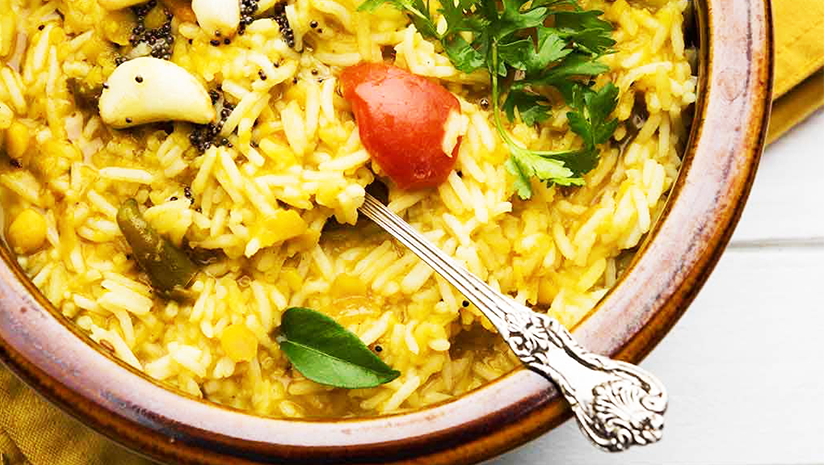 Khichdi is, hands-down, the most delicious and versatile comfort meal. This one-pot dish is loaded with nutrition from rice and lentils. Additionally, you can take it up a notch by customising it with an assortment of vegetables that you may find around your home.

Given its popularity, different people across India prepare khichdi in different ways. You could have a mushy, creamy texture or pulao-style khichdi where every grain has a bite. Regardless of the preparation, they evoke a sense of comfort, nostalgia, and homeliness.

Today, we are looking at the Bengali and Hyderabadi variants of masoor dal khichdi. These masoor dal recipes are extremely popular with a tasty and healthy twist. To gain more from every bite, you must make use of organic ingredients while preparing the masoor dal khichdi. Organic food eliminates chemicals and pesticides from your diet. Plus, they bear true and authentic flavours.

So, let’s get started!

Bengali masoor dal khichdi, also known as bhoger khichuri, is a quintessential pooja meal that is fit to be served to Gods. For us mortals, it is the perfect companion for rainy days. It is the go-to dish for Bengalis when the first cloud of monsoon occupy the sky.

For the Bengali masoor dal khichdi recipe, you will need:

Follow the steps of the Bengali masoor dal khichdi recipe as given below:

For the Hyderabadi masoor dal khichdi recipe, you will need the following items:

Here are the steps for the Hyderabadi masoor dal khichdi recipe:

Enjoy the versatile dish of khichdi in all its glory with the masoor dal khichdi recipes shared above. They illustrate how you don’t have to be sick to enjoy this delicious, homely dish. And even if you were, the great nutritional value of organic rice, lentils, and spices will immediately nurse you back to health!