Amp up your Besan Chilla with these variations

Amp up your Besan Chilla with these variations 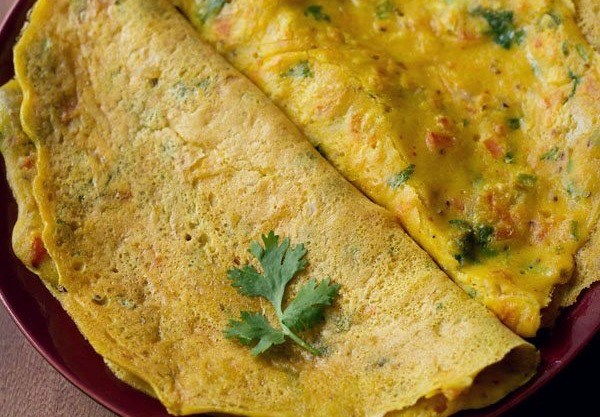 Besan chilla is a savoury crepe prepared from seasoned gram flour batter. This traditional Indian snack is extremely versatile and customizable according to your tastes and preferences. Furthermore, you do not have to be an experienced cook to pull off a plate of delicious besan chilla.

This flexibility, ease of making, and instant gratification are what makes besan chilla so wildly popular. Pair these qualities with the fact that besan chilla helps weight loss, making it the ultimate food item for everyone!

Whether you are looking for a quick snack or besan chilla for weight loss, here is an awesome recipe to get the perfect besan chilla at all times:

To make six medium-sized besan chillas, you will need:

Tomato besan chilla, also known as “pure veg omelette,” is loaded with tomatoes. It has that extra tanginess that you can get with extra tomato chunks or even tomato puree.

Just because it is besan chilla does not necessarily mean that you only have to use besan. Try adding a few other elements such as moong for healthfulness, sooji/rava for a crunchy texture, and oats flour for extra fibre.

Grate some paneer and keep it on the side. When you are cooking the second side of your besan chilla, sprinkle some paneer on the top and roll it in. You can even add some extra seasoning.

You can cut down on besan chilla calories by loading it up with vegetables around your house. Anything from grated potatoes and carrots to roughly chopped broccoli works in this situation! Make the best use of the produce lying around your kitchen.