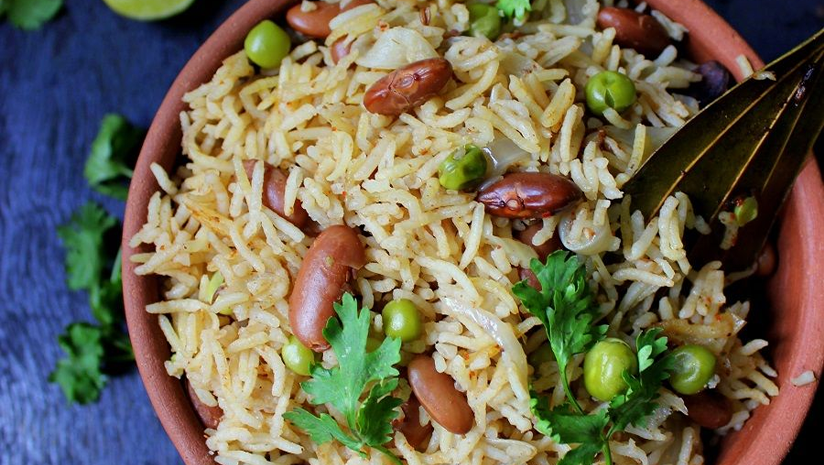 Finger Licking Rajma Biryani Recipe For You To Try

Rajma, also known as kidney beans, is a variety of common beans used in several cuisines worldwide. Whether it is the famous Mexican tacos or our own desi rajma chawal, kidney beans are packed with nutrients such as protein and fibre.

While many Indians prefer eating rajma with rice, there are other ways to cook it, including rajma biryani. Even though biryani is often associated with meat or vegetable, you need to try rajma biryani once to savour the flavour of this versatile bean.

Before we dive deeper into the rajma biryani recipe, let us look at its nutritional value.

Raw or improperly cooked rajma can be toxic, but a well-done dish provides its share of a well-balanced diet [1] Here is the nutritional value of a 1/2 cup of organic rajma.

Rajma biryani is a wholesome dish that can be made easily and includes a unique blend of aromatic spices. It is usually served with raita or even plain curd. Here are the ingredients required to cook rajma biryani:

Pro tip: Always use organic products since they have more beneficial nutrients, like antioxidants, compared with their conventionally-grown counterparts. Also, organic products have a better taste since they are less exposed to harmful chemicals found in insecticides and pesticides.

There you have it, an easy rajma biryani recipe that you can cook regardless of your culinary skills.